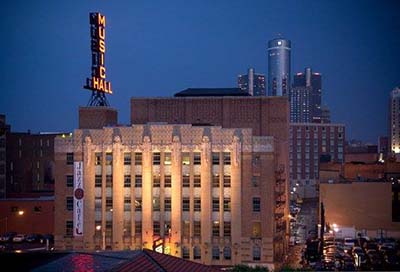 In a bid to raise $1.7 million to meet a loan commitment, the Music Hall Center for the Performing Arts in downtown Detroit will host a benefit concert featuring funk legend Chaka Khan among other funk and gospel artists next month.

The Feb. 12 concert will feature Michael Cooper of Con Funk Shun, Jon Barfield, Michael Mindingall, Maurissa Rose, and Ashton and Rivonne Moore. It will serve as the launch of a 5-year capital campaign seeking to eliminate $7 million in debt, says Vincent Paul, president and artistic director of the Music Hall Center.

“Detroit has this legacy in music, so it shouldn’t come as a surprise that we launch our capital campaign with a night of music,” Paul says.

Paul says the Music Hall was in danger of defaulting on debts accrued from the 2008 financial crisis. He says the Music Hall needs to raise $1.7 million by April 30 to avoid default. About $930,000 has been raised to date. The $7 million capital campaign seeks to ensure building and operation costs are covered for “decades” to come, he says.

A variety of metro Detroit businesses and organizations have donated to the Music Hall, including a $50,000 pledge from Blue Cross Blue Shield of Michigan. The UAW, Ford, and the Detroit Medical Center have also contributed. Paul says about 150 individuals have donated an average of $100 each.

“It’s nice to know that our community impact is at an all-time high,” he says.

Music Hall is accepting donations via PayPal. Tickets for the Feb. 12 Chaka Khan concert start at around $60.â€‹