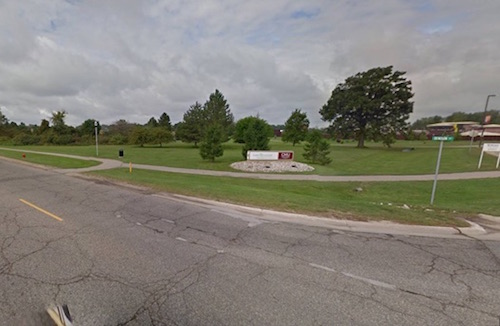 The Mount Pleasant City Commission has voted to rezone 300 acres of land in the Mount Pleasant SmartZone so that it can be developed into a business and research district. Central Michigan University Research Corp. (CMURC) is overseeing the project.

Officials with CMURC say new development will provide entrepreneurs and established businesses with access to growth and job creation resources. Construction may include mixed-use and mixed-tenant development.

Erin Strang, president and CEO of CMURC, says some of the companies the program already works will relocate to the 300-acre space.

“We’re looking for developers that can see the opportunities associated with land development on the south end of Central Michigan University’s campus,” she says. “Think about the close proximity to the students, to the faculty members, to the university itself, there’s definitely great synergies that can happen just based on the location.”

Under the new guidelines, the CMU Board of Trustees will approve land leases for proposed developments vetted by CMURC. Strang says there are some covenants around the land, which includes connection with the university, internships, and more.

The rezoning follows an announcement earlier this year that the Michigan Department of Treasury and Michigan Economic Development Corp. approved a five-year extension of tax capture funding in the Mount Pleasant SmartZone. Nine hundred jobs have been created since the SmartZone’s inception, with 500 additional jobs projected over the next five years.

In November, CMURC also announced plans to expand to Bay City. The 5,000-square-foot development, to occupy 35 acres, will feature a co-working, flexible workspace with a boardroom, a kitchen, and a corporate partner VIP room. Tenants will also have access to a team of service providers that aid in business development.

Shaheen Development, a Saginaw-based family-owned real estate development company and partner of CMURC, along with other global corporations and local companies, will construct the project.