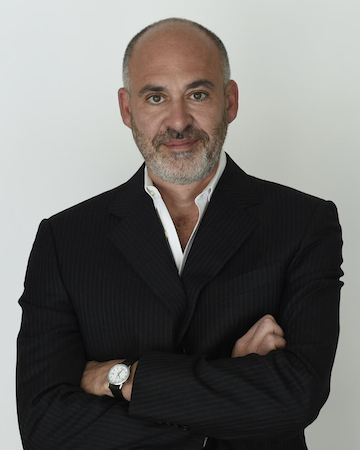 Paul Snyder, an internationally recognized automotive designer and alum of the College for Creative Studies, today was named to lead the transportation design department at the Detroit-based college.

“Paul Snyder has the perfect profile for the (Transportation Design Department): great distinction as a designer, broad international experience, deep industry knowledge, and a love and talent for teaching,” said Richard L. Rogers, president of college, when making the announcement.

Snyder, who graduated from the school in 1987, will be responsible for all undergraduate education in automotive exterior, automotive interior, and transportation design, including aeronautic, marine, ground, and emerging mobility systems. Additionally, he will oversee the professional automotive modeling certificate program and be responsible for developing and maintaining close industry contacts and monitoring trends in a global context.

For 25 years, Snyder has designed cars and trucks for a number of brands, including Ford, Lincoln, Renault, and Acura. He comes to CCS from Honda Research and Development in California, where he leads teams of designers, clay modelers, and data modelers in the creation of advanced and production design projects for the U.S. and global markets.

“With so much exciting change and optimism about the future, it’s a fantastic time to return to CCS and Detroit,” says Snyder, who has previously taught classes at Pratt Institute in New York City, Wayne State University, and CCS. “The facilities at CCS in the Transportation Department are extraordinary, and the opportunity to study among the global giants of the industry is second to none for transportation design students. Detroit itself has become a pretty hip place to be, so I’m thrilled to be a part the CCS team again, and to play a role in shaping the design leaders of tomorrow.”

After graduating from the College for Creative Studies, he worked at Ford, where he designed exterior and interior solutions for the Taurus/Sable and Explorer, as well as contributed to the Ghia Via concept. From 1992 to 1995, he worked on projects for Renault as senior designer at Design Club International in Japan, before returning to Ford as a lead project designer where he oversaw projects for the Taurus X, Ford Five Hundred, Ranger, and Flex production vehicles.

Since 2005, Snyder has worked at Honda where he has most recently been assistant chief designer, overseeing production and concept projects for the Civic, Accord, Crosstour, Odyssey, Tokyo Motor Show EV-Ster Concept, and Honda AC-X Concept theme vehicles, as well as a 2013 Acura RL vision theme.