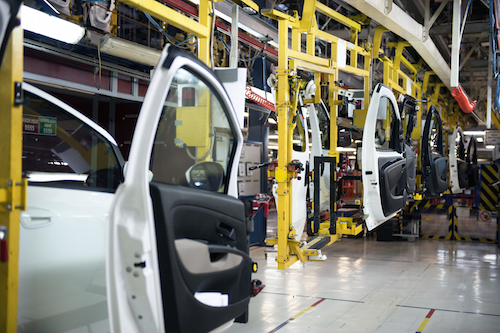 “These are perhaps the most important auto contract talks in a generation,” says Jerry Dias, national president of Unifor. “There will be no deals with any of the companies without commitments from each of them for investments in Canada.”

Representing more than 40,000 workers in the auto industry, 23,000 of which are employed by the Big Three, Unifor will begin talks with General Motors on Wednesday, followed by formal openings with Ford and FCA Canada on Thursday.

Negotiations will continue to the end of the month with all three companies, and a pattern bargaining target will be identified in early September. Current contracts with the companies expire on Sept. 19, putting the two sides in a legal strike and lockout position at that time.

At its meeting June 1, Unifor’s Auto Council, with elected representatives from every bargaining unit involved in this round of talks, voted to make new investments in Canada, including new product allocations, the top priority of the talks.

Dias says while the top priority will be new product, workers helped the companies weather the financial storm from 2008-09 and deserve to reap the rewards.

“The automakers’ relative health and the strength of the North American auto market make now the ideal time to invest,” he says.

Ontario Premier Kathleen Wynne and Gov. Rick Snyder also met on Aug. 3 in Traverse City to sign a Memorandum of Understanding that will promote auto industry innovation and regional competitiveness.

Ontario and Michigan account for more than 26 percent of vehicle production in North America.