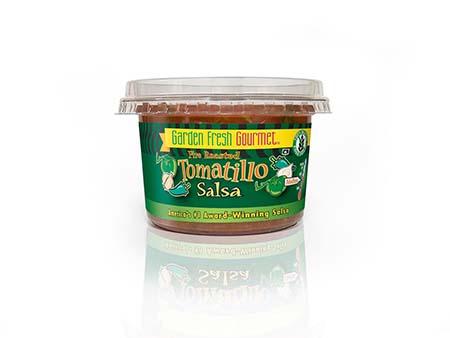 "Garden Fresh Gourmet will allow the Campbell Fresh division to expand in the deli section of the grocery store perimeter and will complement our strong presence in the produce section," says Jeff Dunn, president of Campbell Fresh. "It's a logical extension of our fresh food and beverage platform that resonates with today's consumers."

Garden Fresh Gourmet was founded in 1998 when Jack and Annette Aronson made their first batch of salsa at their restaurant in Ferndale. The company expanded and now offers salsa in flavors such as artichoke garlic, pineapple, and roasted garlic and green onion, among other flavors. Last year, the company generated $100 million in net sales. Jack Aronson will remain with the company as an adviser.

"We believe Campbell is the right company to take Garden Fresh Gourmet to the next level and introduce our great products to more customers and more consumers," Aronson says.

Camden, N.J.-based Campbell Soup Co. is making efforts to expand in the packaged fresh foods retail division with its Campbell Fresh division. The company acquired Bolthouse Farms in 2012, which sells smoothies, juices, dressings, and carrots, and was founded in the western Michigan city of Grant in 1915 but was eventually moved to California. With the addition of Garden Fresh Gourmet, the Campbell Fresh division will account for more than $1 billion in annual net sales.

Campbell plans to fund the acquisition in an all cash deal. The transaction is expected to close in the fourth quarter.​