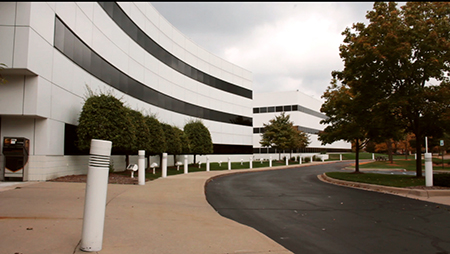 The former headquarters of Borders in Ann Arbor will be 40 percent occupied following Thursday’s announcement that Toledo-based Universal Marketing Group has signed a lease for 10,000 square feet of space. The company will establish a call center, where it expects to employ 150 workers by the end of the year.

“This move is a signal that Ann Arbor is on solid footing on the path to prosperity,” Paul Krutko, Ann Arbor Spark president and CEO, said in a statement. Ann Arbor Spark and Washtenaw County Michigan Works! will assist the company in its talent recruitment endeavors.

Already, Gold Star Mortgage has signed a lease for 68,000 square feet of space in the building, and plans to hire 250 workers. The company could add more space, bringing its occupancy to 100,000 square feet.

Universal Marketing Group, which provides call center services for direct response marketers, was awarded $600,000 in incentives from the Michigan Economic Development Corp. to support its expansion in the state. The group will invest approximately $570,000 in the former Borders facility and expects to grow to 400 employees — including call center, sales, human resources, IT, and technical staff — by the end of 2016.

The company has 275 people at its Toledo location, which “just isn’t enough to accommodate the amount of business we’re getting,” said Steven Horst, managing partner of the group. He said the company had looked at locations throughout Ohio, but ultimately decided on Ann Arbor.

“Being located in Ann Arbor lets us attract workers from around metro Detroit without competing for talent with our Toledo location,” said Jason Birch, partner and CFO of Universal Marketing Group.

Horst says that the company will begin construction this weekend and expects it to be operational by Thanksgiving.