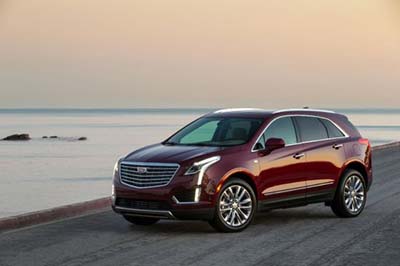 Days after Cadillac announced increased U.S. sales in February compared year over year, the brand now enters a period of product launches in its largest markets in a bid to further expand its portfolio.

Cadillac plans to launch eight all-new vehicles by the end of the decade as part of a $12-billion product investment strategy.

“We’re building a strong foundation of product substance and luxury brand appeal on a global basis,” says Johan de Nysschen, president of Cadillac. “With rising brand prestige, the stage is set for the launch of two all-new models — the CT6 prestige sedan and XT5 luxury crossover.”

De Nysschen says initial deliveries of the CT6 flagship sedan, with an aluminum architecture and a Twin Turbo engine offering 400 horsepower and 400 pounds per feet of torque, begin globally this month. The CT6 is being built at the Detroit-Hamtramck assembly plant. Deliveries of the 2017 Crossover Touring 5 (XT5), with a lightweight construction and V6 engine, also begin this month. The vehicle starts at $38,995.

He says Cadillac’s sales grew slightly in the U.S. in February, while sales in China were down 16 percent last month compared to February 2015 as the company phases out the SRX crossover in preparation for the XT5.

Cadillac’s sales in Canada — its third largest market — increased by nearly 45 percent in February when compared year over year. De Nysschen says Cadillac’s business in Canada has doubled over the past three years.â€‹