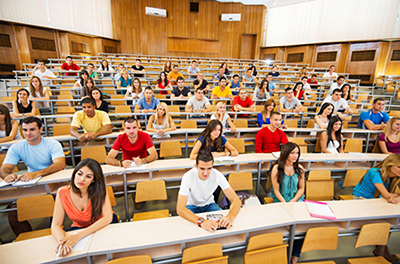 Michigan must develop stronger approaches to business attraction, invest in education, and strengthen its fiscal stability to help the state be more competitive nationally by 2020, says a new report released by the Business Leaders for Michigan, a roundtable of board chairs, CEOs, and top executives from companies and universities.

“The Great Recession hit Michigan harder than any other state, so while our recent growth has been impressive, we’re still not where we should be in absolute terms,” says Patrick Doyle, board chair of the Business Leaders for Michigan and president and CEO of Domino’s Inc. in Ann Arbor Township. “The Turnaround Plan headed us in the right direction. The new plan is designed to complete the mission of getting us to become a top 10 state.”

Doyle says if Michigan were to perform like a top 10 state, 120,000 more Michigan residents today would be working and would earn $11,000 more income per person annually. He says employment, per capita income, and per capita gross domestic product remain average or below those of the state’ competitors, which include Alaska, Iowa, Massachusetts, Nebraska, New York, North Dakota, Pennsylvania, Texas, Washington, and Wyoming.

The group’s “Building a New Michigan” plan calls for reducing state and local debt; requiring a cost estimate for all proposed legislation; and offering greater service delivery across jurisdictions. The plan also calls for investing in education by rewarding teachers and schools that perform at a high level, requiring high school gradation is based on meeting college or career readiness benchmarks, and expanding service sharing to increase classroom funding.

“Michigan must create more educated and skilled talent at all levels,” says Doug Rothwell, CEO of Business Leaders for Michigan. “We need to boost postsecondary enrollment and help Michiganders access the education and training programs they need to be successful.”

Rothwell says the state should position itself as a hub for high-tech manufacturing industries and life sciences, a center for mobility and automotive innovation, and as the gateway to the Midwest.