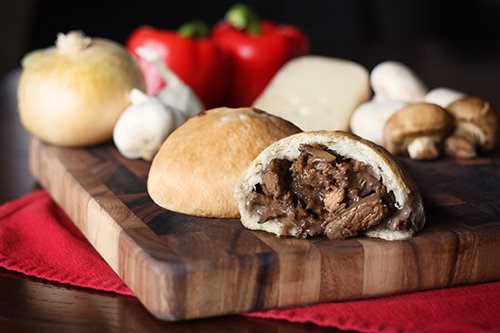 Offering organic and healthy fast food, Bozii Restaurants Corp. is adding eateries in Michigan, Illinois, the Midwest, Canada, and Asia in a bid to be a global player in the healthy quick meals industry. In five years, the future franchisor plans to have 100 outlets around the world.

Already, the company operates seven eateries in greater Windsor and metro Detroit. New locations will come on line in Clinton Township and inside the Renaissance Center in downtown Detroit by July.

“We’re looking at Ann Arbor, Campus Martius (in Detroit’s central business district), Lansing, Grand Rapids, Chicago, other parts of the Midwest, China, and other parts of Canada,” says Michael Steffke, Bozii’s director of operations. “Our goal is to be in every major market. We use organic chicken and turkey, roasted tenderloin, and local ingredients. We can have (a Bozii) prepared in less than a minute.”

Free of additives and preservatives, a Bozii consists of a warm baked dough exterior shaped in a half circle that easily fits in the palm of a hand. Filled with everything from a Maryland crab cake to bleu buffalo chicken to turkey and Brie, the unique shape all but eliminates spills. Prices range from $2.50 to $4.50 each, depending on the selection.

With its U.S. headquarters in Clinton Township, the company got its start two years ago in Windsor, where it operates locations at Devonshire Mall, Tecumseh Mall, Clair College, and two sites at the University of Windsor. Last October, the company opened an eatery at Great Lakes Crossing Outlets in Auburn Hills, and in March an outlet was added at Fairlane Town Center in Dearborn.

“We have no fryers in the kitchen, each Bozii averages 330 calories, and we make nearly everything from scratch, including our chicken soup and fruit smoothies,” says Dave Bachtold, Bozii’s vice president of operations. “We have 14 different (bozii) flavors, so we won’t be adding many more. But I could see us adding a Rueben one, or if we were in Boston, something with lobster.”

The company plans to offer franchise opportunities, and says the best store locations are in dense areas such as office complexes, shopping malls, and universities. The stores are economical given space requirements are between 150 to 300 square feet.

Open for breakfast, lunch, and dinner, two to six employees work at a given outlet when open, with 12 to 16 total employees needed based on rotating, eight-hour shifts. In addition, the company is developing an online ordering system that works on smartphones.

“Each Bozii has the name of the flavor branded on the side, so you know exactly what it is no matter if you’re in one of our stores or a catered event at an office,” Steffke says. “It’s fast, portable, healthy, and we offer something for everyone.”