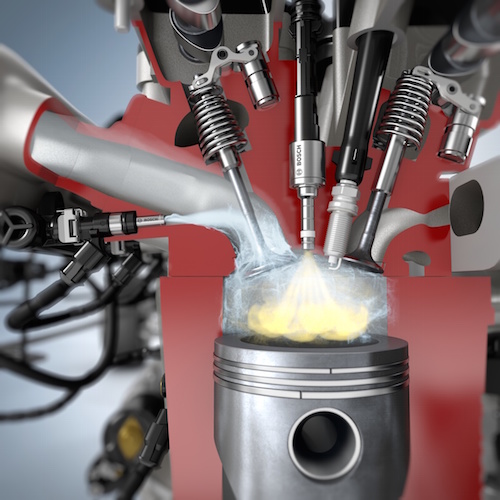 Farmington Hills-based Bosch, a global supplier of technology and services, is releasing its water injection system called WaterBoost, which can be used to cool a vehicle’s engine. The process reduces fuel consumption up to 13 percent in highway conditions and 4 percent in normal driving.

The BMW M4 GTS is the first production vehicle to feature a water injection system. In the vehicle’s turbocharged six-cylinder engine, it offers improved performance and consumption even at full load. Bosch supplies water injection parts for the vehicle.

Before the fuel ignites, the WaterBoost system, which is installed in the vehicle, injects a mist of water into a vehicle’s intake duct. The water’s high heat of vaporization provides cooling for the engine.

“Water injection can deliver an extra kick in any turbocharged engine,” says Stefan Seiberth, president of the gasoline systems division at Bosch.

He says the system allows engineers to coax additional power out of the engine, even in powerful sports cars.

Water injection requires a small amount of water to be kept onboard. On average, it has to be refilled every 1,864 miles. The separate water tank has to be filled with distilled water.