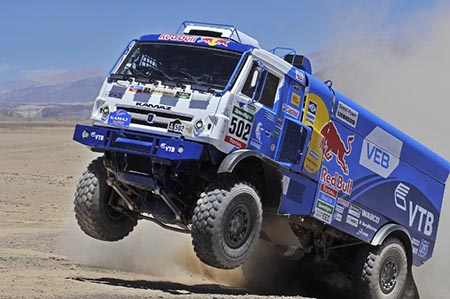 “For over three decades, the Dakar Rally has been the world’s toughest off-road endurance race,” says Daniel Paterra, president and general manager of BorgWarner Thermal Systems. “BorgWarner has supported Kamaz with advanced airflow technologies, and we are looking forward to continuing the successful collaboration.”

The Dakar Rally, which started in 2009 in South America, is divided into 13 stages and covers almost 6,000 miles. For this year’s race, held in January, about 650 participants drove in Argentina, Bolivia, and Chile through off road conditions such as mud and sand dunes.