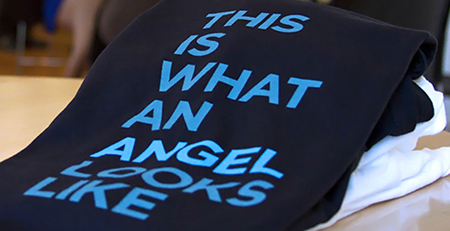 A national angel investing bootcamp — aimed at increasing diversity in the U.S. angel investing community while creating capital for women social entrepreneurs — is expanding into Michigan with a Detroit program that kicks off next week.

“There are enough white, male sharks out there,” says Natalia Oberti Noguera, founder and CEO of the New York City-based Pipeline Fellowship. She’s referencing to the ABC reality show Shark Tank, which puts aspiring businesses in front of a panel of investors. In 2013, 19 percent of U.S. angel investors were women, and 4 percent were minorities in 2013, she adds.

“I’m focused on creating more women sharks and making sure that the women we’re activating are diverse, whether in terms of age, race, ethnicity, industry, or background.”

The Pipeline Fellowship consists of three components: “book smarts,” or expert-led workshops touching on topics such as due diligence and portfolio strategies; “street smarts,” gained through mentorships with experienced angel investors; and hands-on practice.

The bootcamp will host a pitch summit for female entrepreneurs looking to secure funding in exchange for equity in their for-profit social ventures.

Pipeline fellows will review applications and select up to 10 women to deliver a business pitch. “Ultimately, they will select one company to invest in as a group,” says Oberti Noguera, adding that each “shark-in-training” is required to put down a minimum of $5,000.

Considering the bootcamps tend to draw about three to five fellows when first held in a new city, there’s a chance of $15,000 to $25,000 in capital funding for local business.

Applications for the Detroit bootcamp are due by Friday, with the orientation and conference being held at the end of next week in New York City, where fellows from other participating cities, including Boston, Chicago, Austin, and Atlanta, will be in attendance.

“We want to make sure our Pipeline Fellows know that they’re part of this bigger movement to change the face of angel investing,” Oberti Noguera say.

For more information, or to apply for the bootcamp, visit pipelinefellowship.com.