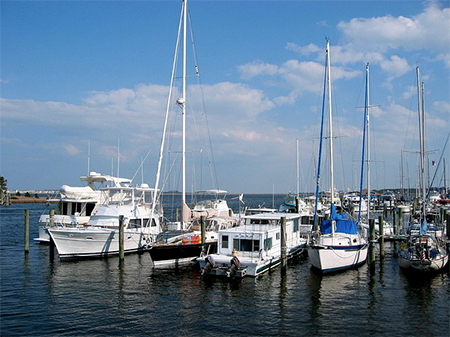 Boat sales in Michigan are up 24 percent in 2015 when compared to last year, according to Grand Rapids-based Statistical Surveys Inc., a provider of market share data reports. The company says the increase is attributed to the rise in water levels on the Great Lakes, along with low interest rates and gas prices.

“Higher water levels improve navigability, allowing boaters to see more of the beautiful coastline in Michigan and get in and out of their ports more easily,” says Nicki Polan, executive director of Livonia-based Michigan Boating Industries Association, a statewide trade association that represents the state’s recreational boating industry.

Polan says the state has seen five years of consecutive growth in boat sales, outpacing the national average each year. Nationally, boat sales are up 8 percent when compared to 2014.

Polan says Michigan in the third largest marine market in the country, with new boat, motor, trailer, and accessory sales in the state totaling about $762 million in 2014.

He says the state also has the third highest number of boat registrations in the country, with nearly 1 million registered boats, just behind Florida and Minnesota.

Polan says most boat clubs and marinas are reporting increased revenue at the start of the boating season due to higher water levels, the improving economy, and rising interest.