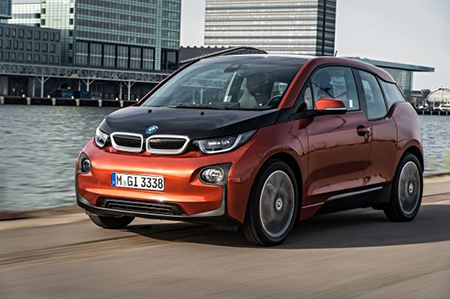 After selling more than 2 million vehicles worldwide for the first time ever in 2014, BMW Group announced today it will launch 15 new models and model revisions in 2015.

“Once again, we’re aiming for further growth and a new all-time high in global sales,” says Ian Robertson, member of BMW AG’s board of management. “And we will aim for a balanced distribution of sales between Europe, Asia, and the Americas.”

Among the releases this year will be the BMW X5 xDrive 40e, which “shows the capabilities of plug-in hybrid electric vehicle technology,” Robertson says. “It will add a new chapter to the very successful BMW X family, which now comprises close to 30 percent of global BMW sales.”

Robertson notes that the automaker will expand production in Spartanburg to 450,000 vehicles by 2016, making the plant the largest within the BMW Group’s global production network.

According to Robertson, the U.S. is the company’s largest market for the BMW i3 and i8 electric vehicles. Globally, the company sold nearly 18,000 i models in 2014.

In total, the company delivered more than 2.1 million BMW, MINI, and Rolls-Royce vehicles in 2014. Of those, about 16 percent were sold in the United States.

In contrast, when BMW of North America was founded in 1975, the company offered only four models and sold about 19,000 cars, says Ludwig Willisch, chairman of the board of management.