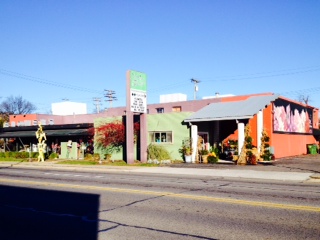 To meet growing demand, Blumz By JRDesigns in Ferndale opened a design studio in Ann Arbor Monday that caters to corporate and private event clients. Located along Avis Drive in a commercial and industrial district, the studio is open by appointment only.

“Our client base in Ann Arbor keeps growing, but we wanted to stay away from downtown and be in an area that had lots of parking and easy access,” says Jerome Raska, Blumz’ co-owner and event designer along with Robbin Yelverton. “We’re launching a new website soon, and we’re expanding our dessert offerings to include pastries and more gourmet and gift baskets (along with kosher dessert trays).”

Founded in Detroit in 1999 on the first floor of the First National Building, Raska and Yelverton have steadily grown their business after previously owning and operating retail flower shops. They have since moved their Detroit store to 1260 Library St., located behind the headquarters of Compuware Corp.

Most recently, the company rekindled ties with The Parade Co. in Detroit, which produces America’s Thanksgiving Parade. Offering exclusive designs, Blumz will donate a percentage of the proceeds from the special arrangements to The Parade Co. In addition, Blumz will extend discounts of between 5 percent and 15 percent to employees of numerous corporate clients that promote their products.

“Our busy season is from October through May,” Raska says. “We source our flowers from all over the world, and our tropical offerings come from Costa Rica, Hawaii, and Australia. We try to source as many of our products from Michigan, and we grow some of our own flowers along with buying from area growers.”

Overall, Raska says 70 percent of the company’s business is corporate and special events, with the balance coming from retail customers.