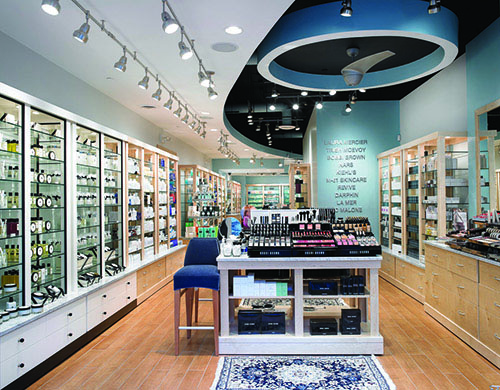 Luxury beauty retailer and spa Bluemercury will open its second Michigan location on Saturday in Birmingham.

“Birmingham is seeing a resurgence in luxury retail, and with the welcoming, neighborhood feel of our shops, we know we’ve made the best choice,” says Marla Malcolm Beck, co-founder and CEO of Bluemercury. “It actually reminds (me) of where I live in Bethesda, Maryland, where a lot of the clients can actually walk downtown. There are juice bars and all sorts of great, local restaurants.”

Founded and headquartered in Washington, D.C., Bluemercury has nearly 50 locations that sell luxury brands including Laura Mercier, Bobbi Brown, and Trish McEvoy alongside cult beauty favorites like REN, Fresh, Caudalie, and Oribe. The Birmingham site will be among the few that sell Jo Malone, which Beck describes as a “lifestyle brand with a beautiful fragrance collection.”

The new store follows the October opening of the retailer’s location in Ann Arbor. “It’s a little bit different because we’re bringing brands (like La Mer) to the market that haven’t been there before, so there’s a lot of excitement around that,” Beck says.

Beck adds that she and her husband/business partner, Barry Beck, first decided to enter the Michigan market after they generated several sales from Ann Arbor and Birmingham residents on the company’s website.