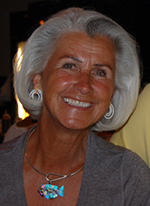 Did you know the U.S. Navy is stationed here in Detroit? Unless you were reviewing historical events connected to the War of 1812, which took place from 1812 to 1815, when the Navy was only a fledgling presence on the high seas, or when Detroit was captured by the British, the thought probably never occurred to you. However, the Navy does maintain a strong presence via the Navy Recruiting District – Michigan. They are “Top Gun” nationally when it comes to recruiting numbers for the highly technical requirements needed to grab prime positions in this particular branch of the military.

My only previous personal knowledge of the U.S. Navy came through my nephew’s enlistment back in 2003, with the express intent of becoming a Navy SEAL. He served eight years of active duty in places I cannot even imagine. One day in 2008, three Navy chiefs from the Navy Recruiting District paid me a visit. A month later, I was a member of the Recruiting District Assistance Council, and three years after that, chairperson.

The purpose of the council is to act as a liaison between the military, business, and the civilian community. Often, businesses and educational institutions may avoid any contact with military personnel for a host of reasons, but usually, it is based on ignorance of what Navy recruiting’s all about and not what the Navy actually does. Truthfully, most businesses in this country would suffer if not for the constant protection of the U.S. Navy. Every recruit is presented with these words to memorize and it’s a good one for us, as citizens and business people, to learn as well:

What this mantra fails to mention is that without the U.S. Navy watching our backs and borders, we’d be dangling in the breeze with worldwide commerce coming to a virtual standstill, much like the Somali coast where rogue pirates have terrorized shipping traffic for years.

In the spring of 2016, the 7th USS Detroit will be commissioned at the Port of Detroit. The ship, an LCS 7, or Littoral Class combat vessel, whose motto is “Swift Vigilance,” was christened and launched Oct. 18 in Marinette, Wis.

Cmdr. Michael Wohnhass was named in charge of the vessel and has visited Detroit a few times to check out what goes on here in the Motor City. He was the featured speaker at the recent Motor City Navy Birthday Ball, which celebrated the 239th birthday of the U.S. Navy. Yes, the Navy Ball really does exist. While it is not exactly the same scenario you may recall from the movie, An Officer and a Gentleman, starring Richard Gere and Debra Winger, certain traditions are always followed: the pomp and circumstance of “piping” officers aboard, the presentation of the colors by the U.S. Naval Sea Cadets, and the playing of the national anthem.

This year’s event, held Oct. 11, featured the internationally acclaimed Harry Langsford Men’s Chorus. Several prominent business leaders were awarded “Navy Spirit” commendations for their service to the Navy in Michigan. This includes Jay Farner, president of Quicken Loans Inc. in Detroit and honorary chairman of the USS Detroit Commissioning Committee, as well as Rob Gillette, COO of American House in Birmingham. The Navy is keen on recognition.

Many folks wonder how in the world I ended up working hand-in-hand with the United States Navy. A strange journey indeed, but it makes perfect sense to honor my nephew’s years of service and everything the fine men and women of the Navy do, every day, to protect you and me and our right to do business in this country, I’ll continue to serve as a civilian ambassador and proud member of the the Recruiting District Assistance Council and the USS Detroit Commissioning Committee, as well as the newly elected membership chair of the U.S. Navy League’s Metropolitan Detroit Council.

To find out more about how you can serve or join the Navy League, please drop me a line at Jjacobs2456@gmail.com.

Janina Parrott Jacobs is an international golf and travel writer/editor/speaker; health and fitness writer for St. John Providence Health System; professional musician and performer as director of music at St. Basil Church and other churches within the Archdiocese of Detroit; and owner of Capers Steakhouse and catering division in Detroit.