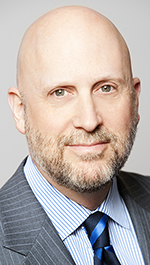 Pensions were once considered the bedrock benefit that American families could always count on. Today, that promise continues to erode. Across the nation, we have all witnessed story after story of “unavoidable” cuts to social services that have directly impacted families, especially elderly Americans and particularly women 85 and older.

Congress continues to debate cutting entitlement programs because a reduction in the national budget is vital to a healthy economy. This is code for cutting Social Security and Medicare benefits because there is a lack of national leadership from both parties to start a conversation to build a bridge for a safe and secure tomorrow. However, it also underscores a growing group in Congress who have forgotten or ignored the fact that the face of poverty in old age is the face of a woman.

Considering that women live longer than men, they are more likely to outlive their retirement savings. They are less likely to receive a pension and, if they do, it is less than that received by their male counterparts. This, combined with the fact that women of color earn less than all men and white women, simply underscores the fact that America’s retirement policies are gradually promoting a new welfare population — more and more people older than 65.

Why is this still happening? Largely because women have accepted, and continue to accept, greater responsibility for raising children and caring for aging parents. As a result, they are more than twice as likely as men to work part time and much more likely to work in low-wage positions or to spend years outside the workforce. Even professional women in two-parent families are more likely to carry the greater domestic burden, working full time but choosing the “mommy track.” Women who work as full-time nonpaid caregivers for aging parents or disabled children lose approximately $650,000 in lifetime wages and retirement benefits.

Because Social Security payments are based on 40 years of average earnings (with the lowest five years removed), this means that years working part time or caring for family full time can result in significantly smaller Social Security checks. Women have made tremendous gains in income and opportunity, but in retirement time, women — especially those who’ve put their families ahead of careers — still come up short compared to men.

A recent analysis by the National Women’s Law Center of U.S. Census data found there was an 18 percent increase nationally in extreme poverty — or an annual income of $5,500 or less — among elderly women last year. In 2012, 733,000 elderly women reported income that low across the country.

And these problems are compounded for divorced older women who have dramatically lower incomes and higher poverty rates than widows and most other Social Security beneficiaries. According to the Social Security Administration, 20 percent of divorced women 65 or older live in poverty, compared with 18 percent of never-married women and 15 percent of widowed women.

Today, as businesses continue to downsize and unions lose influence, the number of companies offering pension benefits is shrinking. Even those that do are moving away from so-called “defined benefit plans,” which pay out a set monthly benefit for life (similar to Social Security) and toward “defined contribution plans,” which shift most of the financial burden to the employee. Typically, these 401k plans require the worker to contribute before the company will provide any benefit, a difficult hurdle for low-income workers, most of whom are women.

Jeffrey Lewis is the chairman of the Women’s Institute for a Secure Retirement.