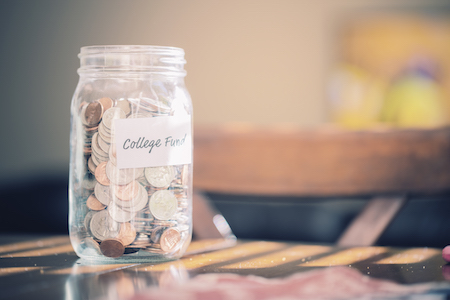 The rising cost of college tuition and related student debt is a huge problem facing the country and the state.

According to the Federal Reserve Bank of New York, student debt currently sits at a massive $1.31 trillion.  In just four years, national student debt has grown approximately 36 percent.  Michigan was ranked 12th highest in average debt level per student at $30,045 according to The Institute for College Access and Success 2015 study. The survey also ranks Michigan 17th in proportion of students with debt, at 63 percent.  This trend has been caused by ever-increasing tuition costs over the last 20 years.  According to the College Board, during the last five years alone, the average cost of tuition rose by 9 percent in the public four-year sector, by 11 percent at public two-year colleges, and by 13 percent at private nonprofit four-year institutions, after adjusting for inflation.

The affordability of an education is an even bigger issue when you consider the increasing reliance on debt by colleges and universities.  But why is this happening when tuition costs continue to escalate so rapidly? According to Moody’s, a credit rating agency that monitors credit of certain universities, there are a variety of reasons including changes to state and federal funding. Most public universities rely on tax dollars to survive. State funding can vary greatly depending on each state’s economic conditions and policy priorities.  Since the early 2000s, Michigan universities have experienced decreases in state funding including a substantial cut of 15 percent in 2012. Michigan universities have not been able to recover from such funding cuts with current funding levels still significantly below those in the early 2000s.  Consequently, state funding continues to be an area of greater uncertainty for public universities.

Colleges and universities face many of the same financial pressures our public K-12 schools are experiencing such as rising labor costs and pension liabilities. Such pressures have forced colleges and universities to find revenue sources other than raising tuition.  New sports stadiums, medical centers and dormitories provide non-educational revenue that help offset increasing costs and declining funding while also providing state-of-the-art facilities to attract new students.  However, many of these facilities are being constructed with debt financing, thereby creating greater future financial risk and uncertainty. The ability to pay back the debt may be hindered if new revenue falls short of projections. Given the rapid growth in online learning at colleges and universities, adding expensive new facilities to increase revenues can be a very risky endeavor.

These institutions must focus on restructuring their operational costs and tuition. Since new students will be primarily concerned with minimizing their student debt, the challenge becomes reconciling the financial goals of the student and the institution. For institutions with excess capacity, revisiting the eligibility requirements for in-state or discounted tuition may provide competitive opportunities that were previously overlooked.  To cut costs, programs should meet the demands of new students, thereby avoiding overstaffed and underutilized departments. In addition, an embrace of modern technology will provide opportunities to eliminate outdated administrative or educational processes while furthering the development of online education, which will provide both cost cutting opportunities and a competitive position in a growing segment of the market.

The only certainty in today’s higher education system is that it is flawed in many ways. There seems to be no end in sight to the rising costs and rising debt.  Students are paying more through increased tuition and are taking on more debt.  How will the Trump administration deal with these issues going forward? Will the administration find real solutions to the problems facing colleges and universities and students and their families?  Will states like Michigan be able to avoid future state funding cuts for higher education by either reducing funding for other service areas or finding other revenue sources?  Will the educational institutions implement the operational and financial restructuring necessary to remain viable?  Only time will tell.

Susan Koss is a partner and managing director at O’Keefe, a financial and strategic advising firm in Bloomfield Hills, as well as a board member of Oakland University’s Accounting and Finance Advisory Board. In addition, she is a member of the Michigan Association of Certified Public Accountants.