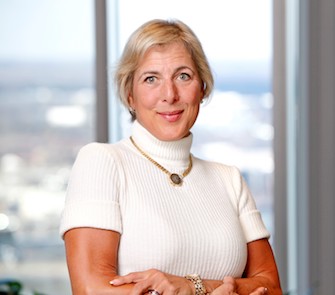 Michigan recently became the 17th state to approve the creation of domestic asset protection trusts (DAPTs) when it enacted the Qualified Dispositions in Trust Act. This new law has profound implications for high net-worth individuals and creditors (not to mention attorneys and a whole host of financial professionals).

The Act, which was signed into law by Gov. Rick Snyder on Dec. 8, 2016, and formally went into effect on March 8, 2017, fundamentally alters the relationship between many debtors and creditors­ — conferring new rights and opening up new possibilities for individuals looking to protect their assets, while making it significantly harder for creditors looking to be made whole.

Under the Act, an individual can now transfer assets into a DAPT and retain certain rights and powers (including the ability to receive distributions from the trust) while, at the same time, immunizing such assets from the claims of the individual’s creditors. That (relative) immunity did not previously exist in Michigan for self-settled trusts. In other words, this is a way for those who have worked hard and accumulated assets to protect themselves against unforeseen, future financial downturns. 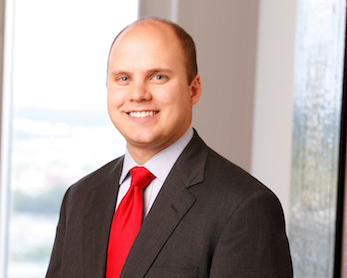 This is, both literally and figuratively, a big deal.

The Act, like most of its predecessors in other states, is modeled on similar laws first passed by Alaska and Delaware in the late 1990s. However, these DAPT laws vary from state to state, and substantial differences in the kinds of protections, exceptions, and other legislative nuances exist.

For individuals considering establishing a DAPT here in Michigan, here is what you need to know:

While technically anyone who wants to create a protected nest egg can establish a DAPT, those most likely to benefit are individuals with substantial assets and the potential for liability in the future. Examples include a real estate developer looking to protect itself from a drastic drop in property values, or a doctor concerned about malpractice claims and financial exposure.

How does it work?

To qualify as a DAPT, the trust has to be irrevocable, which means that you are giving up a certain amount of control over your assets. While you can receive a distribution of assets from the DAPT, distributions are subject to the trustee’s discretion (typically a bank, attorney, financial advisor, etc.); so be very careful who you choose as your trustee. It is also a requirement of the Act that the trustee be located in Michigan.

Every time an asset is transferred into the DAPT, the settlor of the trust must sign an affidavit that affirms, among other things, that the transfer won’t render him or her insolvent, is not being done to defraud creditors, and disclosing any pending or anticipated litigation.

As for the price tag, the cost varies considerably depending on how much planning is required, what kinds of assets are involved, and to what extent the DAPT is created in conjunction with an estate plan and/or other financial instruments.

While the headline is that high net-worth individuals can protect their assets in ways that were not previously possible under Michigan law, lenders and other creditors also need to be familiar with this statute, because it substantially modifies the remedies they may pursue.

Moreover, if the creditor’s claim arises after a transfer to a DAPT occurs, the creditor must prove that the settlor actually intended to defraud his or her creditors.

Finally, even if the transfer is proven to be fraudulent, creditor remedies are significantly limited under the Act. The Act requires that the trustee transfer back to the settlor of the DAPT only the amount necessary to satisfy the creditor’s claim, which amount may itself be reduced under the Act.

Because of these changes to the law in Michigan, it is critical for banks and other creditors to perform rigorous due diligence with their borrowers, and to update their procedures and paperwork to address DAPTs.

To date, there are only a handful of judicial decisions nationally that have dealt with DAPTs. Accordingly, this remains a new and rapidly evolving area of the law. Because of the inherent complexities and uncertainty involved, it is important that individuals interested in learning more about DAPTs consult with a trusted attorney who is familiar with the Act.

This summary is provided as an information service and is not intended and should not be used as legal advice or opinion.

Judith Greenstone Miller and Paul R. Hage are partners in the Southfield office of Jaffe Raitt Heuer and Weiss. Both attorneys specialize in creditor’s and debtor’s rights in the firm’s insolvency and reorganization practice group.