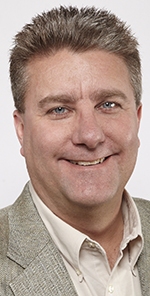 Taking a gamble is a way of life for casino operators, but launching the new Potawatomi Cup was a pretty easy call for four Potawatomi Nation casino owners.

Following the example of the Upper Peninsula’s Island Resort & Casino, which is hosting the Symetra Tour’s Island Resort Championship at Sweetgrass Golf Club in Harris for the fourth time on June 27-29, three additional casinos have since stepped up to sponsor tournaments on the LPGA’s feeder tour as well.

Together, the four casinos have banded together with the tour to announce a new trophy: the Potawatomi Cup.

In addition to the Island Resort Championship, the Potawatomi Cup will include Firekeepers Hotel and Casino Classic at the Battle Creek Country Club (June 6-8); the Four Winds Invitational in South Bend, Ind. (June 20-22); and the Prairie Band Casino and Resort Charity Classic in Mayetta, Kan. (Sept. 5-7).

An incentive-based points system will award Symetra Tour players based on their performance at the four tournaments. In total, $40,000 will be awarded, with $8,500 available each week, and an additional $5,000 going to the overall winner.

Tony Mancilla, tribal attorney for the Hannahville Indian Community, which owns and operates Island Resort and Casino and Sweetgrass Golf Club, says the new format will add even more excitement to the Island Resort Championship, which continues to grow each year.

“The tournament has done well for us; we’ve gotten a lot of publicity out of it,” Mancilla says. “We play it at a high-caliber course (Sweetgrass) and we signed a new three-year deal, through 2016.”

Mancilla says that each of the Potawatomi Tribe venues is in the entertainment and service industry, making golf a good business mix. “What do most golfers do at the first tee box? They ask, ‘what are we playing for?’ So golfers (tend to be) gamblers. It’s kind of a natural fit. We like the golfing and gaming aspect.”

“We’re also into fitness here, health and wellness,” he says. “We have 1,000 employees so if we can save a little bit here and there, it really helps our health care costs. So we provide affordable memberships to the golf course for employees to get out there and walk and do something different in the evenings.

“So bringing in young, athletic professional golfers is really enticing, it really brings an energy to the area. With the charities involved, it brings together people that normally might not get together.”

The brand new event in Battle Creek and ongoing tournament at Sweetgrass — plus the LPGA Tour’s return to Michigan with the Meijer LPGA Classic in Grand Rapids in August — really puts women’s pro golf on the state map this year. Also, the Michigan PGA Women’s Open at Crystal Mountain is scheduled for June 23-25, right between  — both geographically and timing-wise — Symetra Tour’s South Bend and U.P. tournaments.

Tom Lang is a freelance writer who has written for Detroit Free Press, Lansing State Journal, and GolfWeek. He is also a regular blogger for DBusiness magazine.