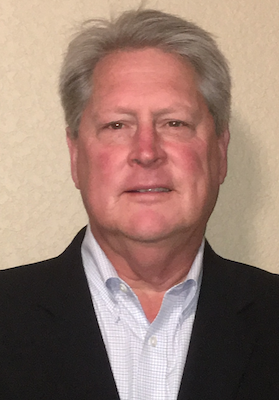 Since it was first announced last fall, people are constantly asking me what I think of the Dell-EMC merger. I think I’m in a pretty unique position to answer that question. I spent 19 years at Dell, most recently as vice president/general manager of the Preferred Accounts Division, where I was heavily involved in the original Dell-EMC alliance that began in October of 2001. For the past four months, I’ve been CEO of Avalon Technologies, a Bloomfield Hills-based channel partner that exclusively represents Dell, a job I took as a direct result of the pending merger and the opportunities it promises.

Now that the $60 billion deal’s been consummated — the largest in the history of the IT industry — I fully agree with the assessment by Michael Dell, CEO and founder of Dell, that “(Dell) is very well positioned both in the new areas of technology and the existing areas of technology today.”

The stage is set for a new paradigm of “one-stop-shopping” that will prove extremely beneficial to the individual companies and their collective customers as well. For me, it comes down to strategic alignment in three primary areas: People, products, and partners.

Regarding people, there has been much speculation about the expected culture clash. During my time working with EMC in the original alliance, I was surprised at how smoothly our company integrated with Dell, particularly in the mid-market. I thought the cultures were far more similar than they were different. Those similarities include two highly professional and technically savvy teams that share a passion for delivering value. And, importantly, both companies are on the rise — there is no dead weight here. I still keep in frequent contact with my EMC colleagues, and I assure you that they feel the same. Interestingly, I’m always amused, when calling on EMC, how many former Dell employees work for the organization and vice versa. It feels as if a level of integration has already taken place.

The EMC product portfolio is the strongest it’s ever been. When combined with the Dell “Computer” portfolio and the major strides Dell has made with its networking portfolio, not to mention its Compellent storage platform, customers will have more choice than ever before. Then, add the ability to tightly integrate with VMware solutions — virtualization that lets users run multiple virtual machines on a single physical machine — and you have a comprehensive solution set from the data center itself and extending out through the end-user environments. Customers will have an unprecedented selection of industry-leading hardware, software, and service products from one company instead of two, creating synergies and economies of scale that are sure to drive costs out of the enterprise.

I came to Avalon Technologies because it’s a well-respected channel partner that has focused its business in the data center and has worked closely with both companies in the past. For channel partners, the opportunity is huge. Consider “Direct from Dell,” a program that has helped clients of all sizes get the best of both worlds — two teams engaged to drive innovative customer solutions. EMC, for its part, is renowned for service, perhaps most effectively in the mid-market commercial space. The key for the channel program is to responsibly combine the best elements from both of the individually successful programs. That’s a good challenge to have.

The merger of these two great companies recognizes a unique moment in a time where people, products, and partners can combine in a “win, win, win” scenario. For a company like Avalon Technologies, the opportunity to reshape our “value” as a value-added reseller has never been greater and, speaking for myself, I can’t wait to get started.

Mark Horan is CEO of Bloomfield Hills-based Avalon Technologies, a Dell premiere partner. Previously, he spent 19 years at Dell as one of the top officers of the company.