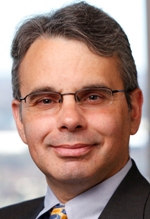 Protests were held in Detroit on Friday to challenge the Detroit Water and Sewerage Department’s recent shut-off initiative. The United Nations has published a number of statements regarding residents’ “the right to water.” Certainly, if the city of Detroit is providing water, it must be clean and safe. Also, there seems universal agreement that the city should help find or provide assistance to those who truly cannot afford water. But these protests and the articles raise a question: In the United States, is the government obligated to provide water to someone who does not pay for it?

Other than protection of water quality, the Michigan Constitution only states that any city or village may own or operate public service facilities for supplying water (among other things) to the municipality and the inhabitants thereof.

Michigan cities are allowed by law to put liens on homes that do not pay their water bills. Since at least 1964, the city of Detroit’s code has provided that the city may discontinue water service to any building or any property with delinquent water assessments. State law authorizes this concept. The city has the option to sue for collection of such water charges if it wants to, but it is the city’s option.

Detroit is not unique in this regard. Other cities, including Philadelphia, New York, and Chicago, all have the authority to shut off water for non-payment. Where Detroit appears to be unique is in the number of people who have gone delinquent and in the length of time that this was allowed to go on.

A recent lawsuit filed in the Detroit bankruptcy seeking to enjoin the water shutoffs paints a picture of an agency with a number of problems. It includes the alleged violation of the water department’s own shutoff policy and that the DWSD chose to go after the smaller residential arrearages rather than after the larger municipal and business delinquents. If true, this could be hugely problematic as well as feeding into the notion that this effort is aimed at “the little guy.” DWSD should have started with the largest debtors, most of whom would be businesses and perhaps some municipal entities like city-owned golf-courses and used that as an opportunity to avoid arguments of bias, before getting the word out to homeowners. I don’t know if the department followed its own notice protocol and, if not, that could cost the DWSD dearly. On Monday, the water department announced it will suspend the shutoffs for 15 days, perhaps to avoid a judge’s ruling.

Despite actor Mark Ruffalo’s comments (who was in town last week for a rally supporting people who have lost their water service for nonpayment) — this is not about pitting the 1 percent against the 99 percent — this is about everyone paying their fair share for what they use so that the costs of service are spread over all the users. The UN documents take into account affordability. The UN guidance says: “The price of sanitation and water services must be affordable for all without compromising the ability to pay for other essential necessities guaranteed by human rights such as food, housing, and health care.” I do not read this as requiring the provision of water to those who do not pay for it (even if the UN guidance was binding — which it is not). The protesters could have argued that the cost of water is too high (some of them have said this) and they could have done fundraising to support programs to help fund the truly poor.

Arthur Siegal is a partner at Jaffe Raitt Heuer & Weiss, and is a regular contributor to DBusiness.com.