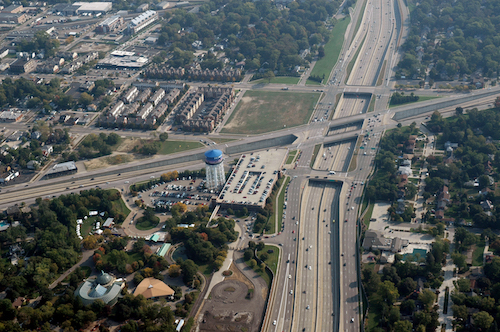 As demands for municipal services increase and costs go up and tax revenues flatten or fall, what is a government to do? Most Michigan politicians have decided that to even suggest more taxes is the kiss of death. Everyone agrees Michigan’s roads need work. The gas tax went up on Jan. 1 and even that increase was widely viewed as an inadequate to fully improve our sub-par roads.

Recently, a Michigan State University study indicated that nationally roughly 12 percent of households cannot afford the cost of water services, and if water rates rise to cover repair and upgrade expenses due to the aging of our systems and other factors, that unaffordability factor may go up to almost 36 percent in the next five years.

The Governor’s 2016 Infrastructure Commission, appointed in the wake of the Flint water crisis, reported that the state needs a modern infrastructure system to compete globally, to have economic prosperity, and to have healthy citizens and a healthy environment. However, the commission did not answer the all-important question of how to fund all this work.

The commission reports that Michigan lags behind every other state in the Great Lakes region in capital funding for infrastructure, and that Michigan needs to spend $4 billion more every year than it currently does just to align with an average state and the state’s needs. This would be a 7 percent increase in spending. The commission did not address how Michigan should fund this shortfall.

The business group, Business Leaders for Michigan, issued a report earlier this month. That report reached the same conclusion and proposed that the state ramp up its spending. It also opened a door to creative and novel financing approaches including user fees, which the report indicated may be used to fund costs of “services, enhancements to increase the quality of life, and … administrative and regulatory processes.”

The report also addressed such fundraising approaches as: fees per mile traveled (vs. gasoline taxes), public-private partnerships, fees based on property value increases, fees that take into account all lifetime system costs, selling or leasing systems to raise funds for new infrastructure improvements, toll roads, and other more “outside the box” approaches.

I have seen this before but not on a statewide approach such as when municipal governments try to fund environmental initiatives like storm water management (required by federal law). The cities of Lansing, Jackson, and Detroit all adopted storm water “fees” based on the paved acreage of various properties within their jurisdiction.

The Michigan Supreme Court established a three-part test to distinguish between a fee and a tax: (1) “a user fee must serve a regulatory purpose rather than a revenue-raising purpose;” (2) “user fees must be proportionate to the necessary costs of the service;” and (3) “user fees must be voluntary.”  Bolt v Lansing, 459 Mich. 152 (1998)

Unfortunately for the municipalities, the Michigan courts keep striking these fees down as illegal, hidden taxes.  In Jackson County v City of Jackson, for example, the plaintiffs challenged a storm water management charge imposed by the Jackson City Council. The Michigan Court of Appeals ruled that the charge was a tax imposed in violation of §31 of the Headlee Amendment to the Michigan Constitution.

The court held that the charge: (1) did not serve a regulatory purpose because it shifted funding of certain activities from the general fund to the charge; (2) was disproportionate to the benefits conferred upon the payor as there were no payor-specific benefits; and (3) was not voluntary because there was no way to avoid the charge by doing, or not doing, something. The Court of Appeals cited the 1998 Bolt case, which invalidated a similar storm water charge. Ultimately, both courts held these “charges” to be taxes subject to, and failing to meet, Headlee Amendment requirements.

Last year, the Michigan Legislature saw the introduction of a bill that would authorize such “fees” regarding water and sewer, ostensibly to make them harder to defeat in court under the Bolt test.  Given its late introduction, it didn’t get very far but I would expect to see that concept introduced again.

The need is real, and I am a big believer in top quality infrastructure, but it needs to be paid for. My question is, with the 1978 Headlee Amendment that puts the size and cost of government in the hands of the taxpayers, and with a backdrop of fees rising beyond what some citizens can afford — can and should our Legislature try to pass this off by various “fees” without getting the voters’ approval as well as other “creative” solutions, some of which may cost the taxpayers less in the short run but more in the long run?

I’m all for the efficiencies in purchasing and scheduling what Governor Snyder has been pushing for, but as we watch more and more systems fail (like the recent Fraser sinkhole), it is clear we cannot continue to push this off. If the citizens see that, they should be willing to pay for it. If these expenses get passed on in the form of fees, which are not voted on and the citizenry gets hit with larger fees that they were not told about, who thinks that will play well at the voting booth?