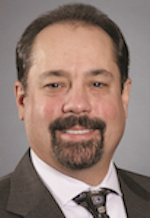 Marijuana has been widely used in many cultures for generations. While in the 1960s mainstream America viewed marijuana as something only “outcasts” used, today our attitudes, opinions, and even behaviors have shifted to the point of legalization in states such as Colorado and Washington.

Since Michigan legalized the use of medical marijuana in 2008 via a successful ballot initiative, more than 182,000 people have registered with the Michigan Marijuana Registry Program. The list does not include others who use marijuana for recreational purposes. While still illegal at the federal level, the marijuana industry is growing and attitudes toward tolerance are ever changing. As a result, employers are increasingly faced with the dilemma of employees using medical, even recreational, marijuana before work or while on the job.

Much of society, including employers, still place judgment on those who use illicit mood-altering substances such as marijuana, even for medical reasons. People often look poorly upon those who use cannabis or think they are unable to perform their jobs. As a result, companies in Michigan are caught between employees’ personal rights, state legislative approval, and federal laws banning marijuana use.

Most employers have a strict policy against employees being in possession of or under the influence of illicit drugs including marijuana, and don’t recognize a medical marijuana certificate. However, any prescribed medication that is potentially hazardous in the workplace needs to be brought to the attention of the employee’s supervisor or human resources department.

What happens if an employee has an accident at work? Employers may require a post-accident drug test to determine if drugs or alcohol were in the employee’s system at the time of the incident.

Marijuana usage in the workplace — medical or recreational — boils down to risk management. Employees have the right to work in a safe environment and employers have the right to maintain a drug-free workplace. The use of any mood-altering substance, including medical marijuana, is still considered risky behavior and can cause significant work/life consequences to employees who use them, their co-workers, and their employers.

Under a zero tolerance policy, employees may be tested for suspicion of drugs or cause. Cause is observable, identifiable symptoms of someone under the influence such as slurred speech, dilated pupils, or staggering. The big question employers should ask themselves is, “Should we tolerate or terminate an employee if they have cannabis in their system while on the job?”

While most employers do not react to an employee’s positive drug test by determining WHY an employee has marijuana in their system, many offer an employee options to address the issue through a comprehensive employee assistance program. These programs provide assessment of the substance abuse issue, make treatment recommendations as needed, offer short-term counseling, and perform random drug testing. The policy at some organizations, if an employee voluntarily reports a substance abuse problem to HR, is to refer the employee to the company’s EAP provider.

Michigan residents may head to the polls in November to vote on legalizing marijuana in the state, joining Colorado, Washington, and others. Michigan employers need to be ready. Employers need to establish the company’s position on marijuana in the workplace and, based on that philosophy, put the necessary policies, procedures, and corrective actions in place. No approach should allow for picking and choosing whom the policies apply to. It is imperative to maintain fair and consistent employment practices within the workplace, especially when it comes to marijuana use.

Once those are in place, maintain open communication with your staff and train all management on how to identify signs and symptoms of substance abuse. More importantly, don’t discriminate against your employees if they come forward with a substance abuse problem. And whatever you do, don’t ignore the issue until it “goes up in smoke.”

As the younger generations move up the ranks into leadership positions, employers’ attitudes will continue to evolve as society becomes more tolerant. However, a safe work environment must always be a top priority.

Kent Sharkey is president, CEO, and founder of Ulliance Inc., an international service company headquartered in Troy that has provided workforce solutions to organizations throughout the U.S., Canada, Mexico, Europe, and Brazil for more than 25 years.