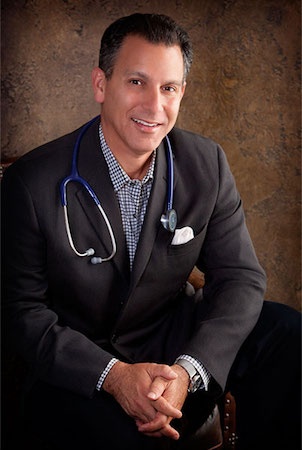 A healthy businessperson is a productive one and March is the time we reflect on our bowels. Yes, your read that correctly. Since the year 2000, March has been designated as Colon Cancer Awareness Month. While treatment of this deadly killer has progressed, prevention is always preferred.

The tragic nature of colorectal cancer (CRC) in the United States is enormous. In 2014, about 140,000 persons were diagnosed with CRC and nearly 50,000 died of this disease. African-American men and women experience the highest rates of CRC with as much as 50 percent higher risk than whites.

The medical world was taken by surprise in October, 2015 when the Agency for Research on cancer, part of the World Health Organization, announced that processed red meat like bacon, hot dogs, salami and the like cause cancer.

The WHO report placed processed red meats at a similar cancer risk to the pesticide RoundUp at best, and comparable to diesel fumes and tobacco at worst. These were very strong words that shocked many and made headlines worldwide. In case you missed it, the WHO, comprised of 22 scientists from 10 countries, reviewed over 800 studies and found that:

The report of the IARC followed similar prior reports like that of the World Cancer Research Fund that drew similar conclusions.

What can you do to lower your risk of CRC during the month of March? Even newer research has applied the WHO data along with other lifestyle measures can reduce your risk of CRC. Six dietary and lifestyle recommendations: 1) lower body weight 2) increased physical activity 3) reducing daily calories 4) eating lots of plant foods 5) reducing red and processed meat and 6) limiting alcohol were examined over 8 years in 66,920 adults aged 50-76 years with no history of CRC.

The study found that following between one and three of the lifestyle steps resulted in a 34-45 percent lower risk of CRC while meeting four to six of the targets resulted in a stunning 58 percent lower incidence of CRC. The lowest CRC risk for women related to lower body fatness and reduced red and processed meat in the diet while for men it was avoiding excessive alcohol intake and reducing red and processed meat in the diet.

Similar to the current debate about the importance of substituting foods rich in animal fats (cheese, butter, lard) with healthier options, a plan to replace a breakfast of sausage and bacon with some new food choices is smart to start in March. A bean burrito, bean chili, and a veggie burger can be part of a strategy to cut the risk of CRC in half. One major hospital system in Ohio is implementing a total ban on all processed red meats in 2017. You would be wise to do the same.

Dr. Joel Kahn is founder of the Kahn Center for Cardiac Longevity and serves as professor at both Wayne State University and Oakland University-William Beaumont Medical Schools. His first book, “The Whole Heart Solution,” is a national PBS special. He is owner of GreenSpace Café in Ferndale. He can be found at drjoelkahn.com.