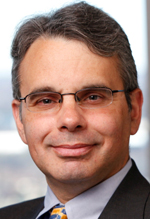 Tucked into the Detroit bankruptcy plan released by emergency financial manager Kevyn Orr this month was a small section discussing the Detroit Water and Sewerage Department. It begins with a plain description of the well-publicized negotiations between the city and its neighboring counties. Then it gets interesting. The plan provides that, as a potential alternative to a deal with the counties creating a regional authority, the city has been in contact with more than 40 potentially interested parties regarding a recent request for information.

According to the water department, 16 entities have already expressed interest in pursuing some sort of public-private partnership to operate and manage the city’s water and sewer systems. From the request for information, this could be an operation and management agreement or it could be something else, including a long-term lease, a concession arrangement, or a sale of the entire system. Such a private operator would have to maintain the system and comply with applicable laws while limiting rate increases to no more than 4 percent per year for the first 10 years.

In response to the water department’s troubles, as has been reported, its customer base has begun to splinter. In 2010, Genesee, Lapeer, and Sanilac counties as well as the cities of Lapeer and Flint formed a new water authority, called Karegnondi. It has already broken away from Detroit’s system. In turn, the Oakland County Commission Finance Committee voted to recommend spending up to $3 million to explore alternatives to the Detroit’s water department. While troubling by itself, reading the Oakland Finance Committee resolution sounds like grounds for a very ugly divorce. Here’s one quote:

“The (Detroit Water and Sewerage Department) is an aged, monopolistic system that is admittedly significantly over-staffed, is carrying some $5.5 billion in bond debt, is facing billions in unfunded pension and health care liabilities and, due to a combination of prior poor management, corruption and intentional deferred maintenance and upkeep, requires an estimated additional $2.5 to $5 billion … over the next 10 years.”

Sounds pretty scary. Despite the fact that the water department: (1) recently got a new management structure; (2) got out from under federal supervision after more than 25 years; and (3) is reportedly planning to get serious about deadbeat customers. Given all that, it sure looks as if we’re heading for a multiplicity of water and sewer providers in the region, rather than just one.

What that means for infrastructure maintenance and pricing is anyone’s guess. This is heading in the wrong direction if you ask me because I suspect it means less infrastructure repair and much higher rates. At the most recent hearing before bankruptcy  Judge Steven Rhodes, he directed the municipalities to consult with a mediator to be chosen by another federal judge. It seems as if Judge Rhodes wants to “knock some heads together” to see if he can’t get the parties to share information and make decisions that are smart for the entire region rather than go their separate ways, leaving the city’s water system to crumble under its own weight and every governmental agency to scramble to find water and sewer services somewhere else.

For those of us who have lived here a long time, this sort of regional spat is déjà vu and an unpleasant remembrance of how things used to be, with suburbs and Detroit pointing fingers and little getting done.

Arthur Siegal is a partner with Jaffe Raitt Heuer & Weiss and regular contributor to DBusiness.