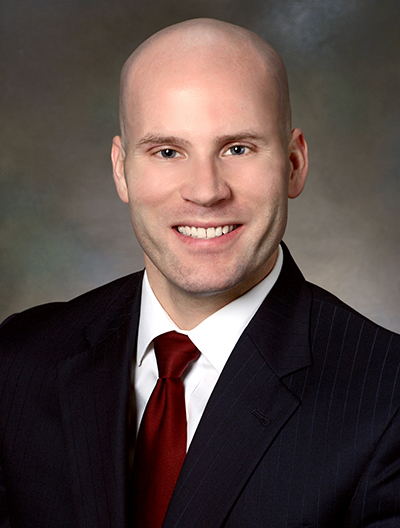 Both Michigan law and federal law have long prohibited “restraints” on trade or commerce. Violations can include fines and criminal prosecution.  There is the additional risk that a court will refuse to enforce agreements, including settlement agreements, that contain restraints on trade, upending expectations.

But what is a restraint on trade? And do non-solicitation provisions within settlement agreements qualify as unlawful restraints on trade?

As to the last question, the short answer is that Michigan courts have not yet tackled this specific question—if and when they do, there are strong legal and policy arguments supporting the legality of non-solicitation provisions within bona fide settlement agreements. Until this area of law is settled, businesses are wise to pay particular attention to how their non-solicitation provisions are worded.

Michigan’s relevant statute — the Michigan Antitrust Reform Act — does not define what constitutes a restraint on trade, nor does it identify examples of restraints on trade. Instead, the courts have been left to flesh out the term. In doing so, Michigan courts permit some restraints on trade, broadly concluding that “only an unreasonable restraint of trade is to be prohibited.”

The question, then, is whether non-solicitation provisions constitute “unreasonable restraints” on trade — and thus violations of state and federal law.

To answer this question, Michigan courts follow one of two approaches depending on the relationship of the contracting parties. If the relationship is that of employer-employee, then the Michigan court will ask whether the employer has a “reasonable competitive business interest” in the non-solicitation provision and whether the provision’s duration, geographic scope, and type of prohibited employment is sensible. Kent County’s Business Court judge, the Hon. Christopher P. Yates, recently wrote that “non-solicitation agreements are usually afforded deference by Michigan courts.” Judge Yates, however, wrote in the context of employer-employee non-solicitation agreements.

No Michigan court has yet squarely addressed, let alone answered, this question. Meanwhile, the U.S. Department of Justice has aggressively pursued and prosecuted major companies, including Ebay, Adobe, Google, Apple, Intel, Intuit, and Pixar, for entering into non-solicitation agreements with their competitors; the companies promised not to solicit, recruit, or hire each other’s employees.7 The Federal Government interpreted those agreements as unlawful restraints on trade and prosecuted the companies accordingly. Ultimately, the companies voluntarily agreed to enter into judgments prohibiting them from enforcing those agreements and banning future similar agreements. Ebay also agreed to pay $3.75 million to impacted employees and the State of California.

In applying the rule of reason, the courts “must ordinarily consider the facts peculiar to the business to which the restraint is applied; its condition before and after the restraint was imposed; the nature of the restraint and its effect, actual or probable.” Further, the court must assess “[t]he history of the restraint, the evil believed to exist, the reason for adopting the particular [agreement], [and] the purpose or end sought to be attained.” In other words, the courts are tasked with a factually-intensive inquiry that seeks to understand the reason for the non-solicitation agreement’s existence and its impact on competition.

Within this “rule of reason” framework, it would seem that Michigan courts would be inclined to enforce non-solicitation provisions set forth in a bona fide settlement agreement. For example, competitors may have been engaged in litigation after one of the competitor’s employees joined the other competitor and allegedly took confidential information allowing the competitor and employee to unfairly solicit and divert customers.

This is not an uncommon factual scenario. A settlement agreement settling that dispute may well include a non-solicitation provision prohibiting the offending competitor from soliciting, or doing business with, the illicitly diverted customers. Under the rule of reason, such a non-solicitation agreement would appear to have a legitimate reason—designed not to restrain trade but to restore the parties, as best they can, to the state of affairs that existed before the illicit diversion of customers. This scenario starkly differs from those found in the above-referenced agreements involving major companies who agreed—before any kind of dispute or wrongdoing—not to recruit each other’s employees.

This reasoning, however, is complicated by the fact that, according to the courts, some agreements create such a great probability of injury to free competition that the rule of reason does not apply and the agreement is flatly prohibited. This rule is called the doctrine of “per se violations.” Indeed, a classic example of a per se violation is an agreement between competitors to allocate territories or types of customers between themselves (commonly called a “horizontal agreement”). At least one Michigan court has concluded that such agreements are “naked restraints of trade with no purpose except stifling competition.”

Businesses should understand that the legality of non-solicitation provisions within settlement agreements is not yet settled under Michigan law. While there are strong arguments regarding the lawfulness and enforceability of such provisions, they remain subject to attack until a court or law states otherwise. If such provisions are employed, counsel must carefully draft those provisions to make clear that they are designed to address and cure a particular problem between the competitors rather than to stifle competition.

R.J. Cronkhite is an attorney with the Southfield-based law firm of Maddin Hauser, where he is a member of the firm’s Complex & General Litigation Practice Group. Cronkhite currently serves as the Secretary of the Governing Council for the State Bar of Michigan Litigation Section. Michigan Super Lawyers has recognized Cronkhite as a Rising Star in Business Litigation, an award granted to only 2.5 percent of Michigan attorneys under the age of 40.