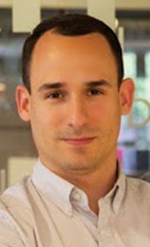 It’s been almost four years since Detroit hit rock bottom, but you wouldn’t know that. The enthusiasm and passion in the air downtown is contagious, and the amount of cool new stuff in Detroit seems never ending.

There are hot pockets of activity in Detroit — downtown, Midtown, and Corktown. Traffic is increasing to the suburbs. The university triangle with the University of Michigan, Michigan State, and Wayne State University is booming with talented grads wanting to stay in Detroit.

Detroit’s newest Mayor Mike Duggan is off to a fantastic start. On a technical front, he just hired a new CIO to turn around the city’s antiquated technology systems.

The momentum is building every day.

And it’s time for an event to celebrate and strengthen the growing entrepreneurial community downtown. An event that can grow year-over-year in Detroit. An event led by entrepreneurs, a key anchor in building startup communities, as outlined by Brad Feld in his book, Startup Communities.

In 2013, I was exchanging emails with Dan Gilbert, founder and chairman of Quicken Loans, about having our own SXSW-like event in Detroit. At the end of the email chain, Dan quipped, “Make it happen, Ted.”

Yikes. I’m a venture guy. And a former developer. But event planner? Not in my DNA.

But, I’m on a mission to be one of the heroes that helped rebuild Detroit. “There must be a way, I’ll figure it out,” I thought to myself.

And serendipity has a way of speeding up that figuring-out process. The following week (in April), I was on a call with Techweek. They wanted me to attend the 2013 Chicago Techweek. They proceeded to say they were expanding in 2014 to New York and Miami. At the end of our conversation, I told them they needed to be in Detroit. After they stopped laughing, I said, “No really, you need to.”

After a few more calls, the Techweek crew visited Detroit. After an hour, they were sold. The energy downtown, the incredible office spaces, and density of startups on the Madison Block, they knew a Detroit Techweek could be huge.

And so, May 2014 was picked for Techweek Detroit.

Building Up the Startup Ecosystem

I’d like to see, at least twice a year, a weeklong event that helps anchor the year and shine a bright spot on the Detroit startup ecosystem. An event or two that people from all over look forward to year after year. An event that can serve as an umbrella for other events happening the same week.

And what better brand than Techweek to become one of these events (the other could be North By Northeast, combining Detroit’s digital, music, entertainment, and event production talents). An experience that will have a lasting impact on Detroit, including:

So grab your ticket here and I’ll see you in a few weeks. You might even catch me on stage talking about the entrepreneurial gold rush.

Detroit’s inaugural Techweek celebration will be held May 19-25 in downtown Detroit.  Sign up here and be part of the largest tech conference for entrepreneurs in Detroit.

Ted Serbinski is a partner at Detroit Venture Partners, and is a regular contributor to DBusiness Daily News. He is chairman of Techweek’s executive advisory board and will be speaking at the City of the Future summit.