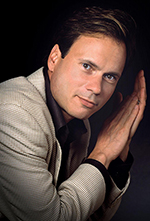 When I was in the music business, my band — the Caruso Brothers — would do just about anything to get coverage in a newspaper.

In the Twitter age, smart bands and musicians have figured out that they are the newspaper.

Um, correction — there is no newspaper.

Indeed, social marketing is the new frontier, as Beyoncé proved with the release of her latest CD. The campaign was more of a non-release actually, turning traditional marketing upside down and inside out.

For starters, Team Beyoncé did not announce an official release date for the album and she didn’t launch it through traditional channels. The album Beyoncé was first referenced — of all places — on Instagram.

Nor did she release an “official” single. Instead, Beyoncé produced an astounding 17 music videos that will no doubt be strategically rolled out in clever ways. The CD only has 14 songs.

Initially, the CD wasn’t even available in stores. She released the CD only on iTunes — with no warning and no other direct promotion. There were no launch parties. There was none of the traditional pre-sale retail hype. There wasn’t even any advance radio play.

And that is best done from a platform that includes heretofore-disparate modalities such as Instagram, magazine covers, sporting events, fashion, and even politics.

And that’s why Beyoncé was everywhere in 2013.

She performed at the Presidential Inauguration and at the Super Bowl. She was featured in a major Pepsi campaign. She recorded an HBO documentary and was on the cover of countless magazines.

What did she not do? A promotional interview announcing her new album.

Is the strategy working? It turns out that a non-release was a great way to let the fans decide for themselves if they wanted to purchase the product without receiving a direct sales pitch.

So this campaign is about reconnecting to her established fans as well as a new generation of “BeyHivers.”

Her new album quickly became the No.1 seller on iTunes, moving more than 1 million copies worldwide in just its first week. It didn’t seem to matter that Target decided to protest the non-traditional approach by boycotting the album.

The non-marketing campaign worked because an artist of Beyoncé’s caliber has a reputation for releasing product of exceptional — even remarkable — quality.

True, she did make her public wait two years for this recent collection of new songs and the music did become available during the red-hot holiday season. True, she toured to keep her catalog in circulation and maintain the music buzz.

But the secret sauce is in the dozens of channels used to promote the product and the time-released marketing messages.

To truly appreciate what Beyoncé has achieved, we must revisit the fact that there was no release date for her new album. The release date is sacrosanct in the music business.

Not having a release date for your album is like Ford ignoring the North American International Auto Show to show off its new models.

How did the singer pull this off?

There was no single release date for Beyoncé’s  new CD because it’s being released all 365 days of the year.

Like a time-released pill, you’re going to get a dose of Beyoncé every day in 2014.

What can other marketers learn from this?

For starters, it’s important to think about branding over time instead of in a limited number of days.

Second, a product or service launch must be staged with an element of excitement and anticipation.

And smart marketers are learning that it’s better to market from a platform. That’s why Starbucks spends so much energy reminding you that their corporation has a social conscience. It’s not just about coffee for them.

Beyoncé’s greatest marketing trick may be in convincing us that she’s orchestrated the entire thing herself with no public image team or marketing support.

There are almost no credits or acknowledgements on Beyoncé’s new CD. Songwriting credits appear in what seems like a 1-point font.

The only name prominently displayed is: Beyoncé, executive producer.