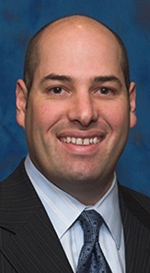 After the snowiest winter in Detroit’s recorded history, we can all see (or rather feel) what a very harsh winter does to our roadway infrastructure. Couple this with Gov. Rick Snyder’s call for Michigan to become the world’s leader for autonomous vehicles — followed by the recent passage of laws allowing for the testing of such technology on our streets — and the road conditions could create a recipe for disaster.

Indulge me for a moment: Besides the sheer tonnage and physics of a moving train, railroad crossings are dangerous because trains, literally being on rails, cannot take evasive maneuvers. The only remedy a conductor has to avoid a collision is emergency braking. Whatever is in the path of a moving train will get hit, usually with catastrophic consequences.

Autonomous vehicles on the roads use a combination of GPS and electronic-eye recognition for lane markers, essentially putting them on “virtual rails” within lanes. Meanwhile, radar and LIDAR (Light Detection and Ranging) are used to detect objects in the road along with their relative speed. Presently, technology doesn’t allow for much deviation within a travel lane, and therein lies the problem with Michigan’s potholed roads and putting autonomous cars on them.

We’ve all seen our share of monster potholes, some large enough to be used as kiddie pools. Some stretches of road seem to be comprised solely of road-patch. Examples that come to mind include Franklin between Maple and Walnut Lake; Long Lake west of Adams; and Coolidge in Royal Oak, north of 12 Mile. By now, most of us have become adept at pothole avoidance techniques — lane-swerving (when safe) and rapid braking to lessen the impact (which works only if you’re not being tailgated).

Driving at or above posted speeds in prime pothole season — without actively looking to avoid the dips and dents — will usually result in a hefty repair bill due to anything from a blown-out tire to a broken axle in the most severe instances.

Realizing it’s an election year, some politicians do not want to head to the polls in November with the prospect of raising user-fees or taxes to address our infrastructure needs. However, kudos to Gov. Snyder who isn’t abashed to ask for the road fixes now. He’s conveyed that our past “kicking the can down the road” mentality is akin to driving a car 100,000 miles without ever changing the oil. At some point, the engine is going to blow. That’s where Michigan is now.

It’s not going to be easy, but to pay an extra $100-150 a year will be worth it in the long run — both in reducing the likelihood of bent rims and broken front-end suspension components as well as in helping to establish the autonomous vehicle empire Michigan can become.

How exactly would “safe” pothole avoidance work in an autonomous vehicle? The engineer and computer programmer who write the code for those functions will earn their respective manufacturer every dime the patent is worth. Better yet, creating a long-term solution to fixing our roads will make pothole avoidance for driverless cars a moot point.

Justin Winkelman is a business consultant in the areas of strategic planning, business operations, and social media marketing and implementation.