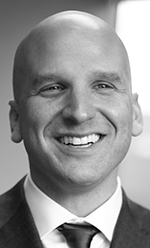 As I ponder the separate, but related, trajectories of America and China, I have noticed a profound and fundamental difference that puts into jeopardy the longstanding economic and geopolitical advantages of the United States. Specifically, our standing as the world superpower is at risk.

Since World War II, the U.S. has known no real competition from any other country. We have enjoyed the sole position of superpower — economically, and therefore politically and militarily — over a period that in no significant way put into question our place atop the world. Colleagues may point to the Cold War, but reality shows U.S. governance over the international community has been unquestioned.

Our influence has been ubiquitous, to say the least, as we have spent the better part of the last century offering democracy as our product and the moral high ground as our selling point. Yet it is not our morals vis-à-vis self-proclaimed ideological supremacy that enables conversion to the American mindset (though we Americans tend to think this is the case). Rather, tucked beneath many facets of human behavior, hidden amidst the greed of many, and the sheer economic might that became the “land of the free,” one finds the true, blunt engine of American “superiority” — money.

Today, America finds itself in a pro forma venez m’aider. No longer can the words or victories of our forefathers sustain a country founded on the principles of liberty and equality as well as commerce. Inevitably, the United States is encountering a self-inflicted confusion regarding 1776 and the real reason for ascension.

The ridiculous and dangerous mentality of American exceptionalism unveils itself even in the nooks and corners of our myopic western world. We certainly witness as much in the lack of respect for financial markets and the broader global community during our ongoing domestic cat fights over budgets and debt ceilings.

It is present in our supposition of the dollar always being the reserve currency, in our lack of care for our own debt levels, and in our utopian ideology that free markets without some intervention would be able to sustain themselves. Specifically, the lack of veneration for financial markets and the structures that police them is a direct result of the overblown American ego.

To most Americans, 1776 is a date of pride: the Declaration of Independence, the creation of this wonderful land, and a line in the sand that forever differentiates the true “best and brightest” from any other country. We Americans have preached our exceptionalism since our founding, traversed the world over with messages of our ideology, literally forced ourselves on the global community while clinging to the morality behind democracy at every step — and mistakenly so.

The year 1776 was significant for several reasons, most notably the signing of the Declaration of Independence. But overlooked was the design of capitalism in Adam Smith’s An Inquiry into the Nature and Causes of the Wealth of Nations.

Now, more than 200 years after both Smith’s magnum opus and the work of the Committee of Five (Benjamin Franklin, John Adams, Thomas Jefferson, Roger Sherman, and Robert Livingston), Americans find themselves at an unexpected but perhaps inevitable impasse: democracy can no longer pay for itself. Our success has less to do with democracy and much to do with dollars. And thus, urgently, without this recognition of the far greater rank of Wealth of Nations over the Declaration, we will soon find others more skilled at capitalism and quickly lose our perch above the world.

Most of the planet knows the economic power that emanates from Beijing through a population of almost 1.4 billion people. The Chinese economy, with an annual gross domestic product of more than $8.3 trillion, is already two-thirds the size of the entire Euro-area and is growing at a much faster pace than any other economy in the world’s top 25 nations.

China is currently exhibiting an annual economic growth rate of 7.8 percent while the United States shows a mere 1.6 percent — a comparison that projects the Asian country becoming the world’s largest financial power within the next 11 years. Moreover, the Chinese have an unemployment rate of just 4.1 percent, controlled inflation, and are taking decisive steps to open their borders to foreign investment while notably strengthening their currency. Within sight for the first time in modern history — due in large part to their focus on money not morals as the driver of traversing conversations — is a massive shift atop the global landscape, a change that will take with it markets, business, and life as we currently know it.

It remains to be seen whether a Chinese-led modern world results in better or worse outcomes. If Americans indeed feel it imperative to continue the spread of democracy throughout the world, we must quickly learn what the Chinese already employ: an appreciation of the actual reason for our past success. Capitalism has been at the core of our ability to permeate and money will continue to drive the conversation, a view the Chinese and other countries grasp quite easily.

It is time we Americans understand that we do not control the dialect, money does. And while there is a need for someone in this world to be the voice of economic fairness, human rights, climate change, peace, et al., soon, if one can imagine, the circumstances surrounding global economics will enable this to be a far different message with a vastly different tone in a much different language.

Jonathan Citrin is founder and executive chairman of CitrinGroup, an investment advisory firm in Birmingham. He is an adjunct faculty of finance in the School of Business at Wayne State University and an international speaker on financial theory.