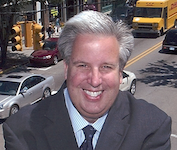 Birmingham has a history of innovative plans designed to create a beautiful, vibrant city. In the 1920s, its City Beautiful plan created a central civic square bounded by a library, city hall, and the post office. The 1960s brought a plan to build five parking decks along Ring Road, which enclosed the downtown core and allowed high rises to be built. This resulted in more than 3 million square feet of new commercial buildings and a remarkably upscale downtown for a Midwest city of 20,000 people.

However, despite this apparent success, resident complaints led city officials to repeal permitted densities and limit new construction to a floor-area ratio of one, including the basement. This stalled new downtown development for two decades.

The decisions resulted in stagnant commercial growth, and some decay began to consume Birmingham. By the 1990s, top retailers and commercial tenants had moved out. Ring Road, which was designed for high-speed traffic, cut off the city’s downtown from the residential neighborhoods around it. The city’s approvals process grew cumbersome and time-consuming. Plus, the city was dealing with a 20 percent population loss. Birmingham faced a crisis.

To address the situation, in 1996 city officials decided to develop a new, 20-year master plan. They selected a team of national and local planners and consultants led by the noted architect Andrés Duany, along with local planners Gibbs Planning Group, McKenna Associates, and The Green Group. This core planning team assembled 50 top architects, economists, planners, and engineers to address the problems at hand. Duany’s work is known globally, as he is credited with the plan and code for Seaside, the first new traditional community. He also works closely with Prince Charles and serves as a consultant for the Prince’s Foundation for Building Community, planning new towns across the United Kingdom on a regular basis.

The Birmingham 2016 Master Plan began with three months of community educational and information-gathering sessions, culminating with a seven-day charrette in a downtown storefront. Public input was designed to develop community support for, and ownership of, the new plan. This level of public engagement was one of the most successful aspects of the plan, encouraging its members to reach agreement on the city’s future size and character.

More than 2,500 residents, business and property owners, developers, elected officials, and others attended more than 70 meetings during the charrette. Real-time feedback was gathered and incorporated into the plan, alternatives for which were presented twice daily. The principles shared continue to influence policy discussions 20 years later.

Under the plan, the decision was made to grow Birmingham from a town into a small city. The 2016 Master Plan reflected this desire by recommending numerous policy revisions, streetscape improvements, park expansions, traffic-calming measures, and the first form-based code in Michigan history. In fact, it was one of the first form-based codes implemented in the U.S.

A form-based code utilizes the physical form of the structure, rather than being based on separation of uses, such as commercial, residential, etc. A form-based code offers a powerful alternative to conventional zoning regulation, and is adopted into city, town, or county law. This was revolutionary in the fact that form-based codes address the relationship between building facades and the public realm — the form and mass of buildings in relation to one another. They are integral to a regulating plan that designates the appropriate form and scale, and therefore the character, or development, rather than only distinctions in land-use types.

This allowed the team to create a plan that was based on market research and included a form-based overlay-zoning district, which prescribed building dimensions and placements, building forms and materials, and permitted uses. New techniques in urban traffic calming were engineered and installed, all without reducing vehicular capacity, and narrow sidewalks were allowed to expand for outdoor dining by permitting the leasing of adjacent on-street parking stalls. A public surface parking lot was converted into a park without losing a single stall.

Ten park improvements were designed, as well as a civic square expansion and traffic-calming boulevards. The plan also specified an entirely new streetscape plan, including lighting, benches, and paving, with all fixtures and signage painted “Birmingham Green,” which both improved the fixtures and gave a unified identity to the downtown.

With its new plan in place, Birmingham turned a corner during the 20 years that followed. Today, in 2016, more than 30 major, mixed-use buildings have been constructed, including a multiscreen regional cinema; a new five-level, Class-A office building; and a luxury restaurant. Birmingham now has the highest commercial rents and land values in Michigan, and is considered one of the most walkable and commercially successful small towns in America.

Birmingham’s success has been noticed. Many of the innovative principles and techniques developed for its 2016 Master Plan have been implemented in cities throughout the country. They have become the foundation for form-based codes, smart-growth codes, traffic-calming measures, and the public charrette planning process. The planning methods that were developed, tested, and proven during the Birmingham 2016 Master Plan process are now common best practices. Birmingham has become a model of urban excellence and success and has over 2 million square feet of office space and 1 million square feet of trendy upscale shopping.

Robert Gibbs is founder and principal of Gibbs Planning Group in Birmingham, co-planner of the Birmingham 2016 Master Plan, and the author of Principles of Urban Retail Planning and Development.