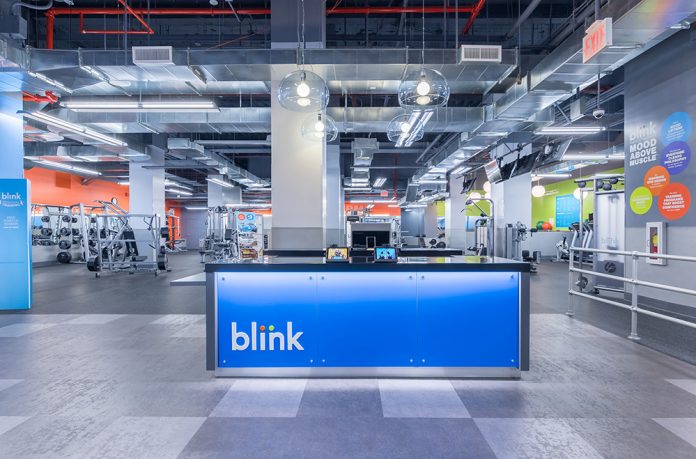 The New Center facility at Second Avenue and Amsterdam Street will be the first Blink Fitness location in Detroit, and one of several planned Blink Fitness openings slated in Michigan during 2019. Blink Fitness, a premium-quality value-based gym, announced in February that it will open 15 or more locations throughout Michigan.

“We are proud to partner with Blink in opening its first location in the City of Detroit,” says Gores. “Blink’s presence inside our performance center will make New Center an even more appealing place to live and work, and in turn will create more jobs and continue to help drive the momentum of additional investment in the area.”

Blink joins Plum Market, which is opening a café and retail store featuring selections from Zingerman’s Deli on site as the Michigan-based grocer’s first venture in Detroit.  The Pistons organization is working directly with Detroit-area native and Blink franchisee, Tom Shumaker, who will serve as the owner-operator of the new Blink Fitness franchise inside the Pistons’ facility.

In addition to the Henry Ford Detroit Pistons Performance Center location, Shumaker announced in February that he will partner with Michigan native Draymond Green of the Golden State Warriors to bring at least 20 Blink Fitness gyms to Michigan and Illinois.

Shumaker and Green have been evaluating Detroit and its surrounding suburbs, Lansing, Ann Arbor, Grand Rapids, and parts Chicago.  Green is not a franchisee partner for the Henry Ford Detroit Pistons Performance Center location.

“When I began evaluating the Blink investment opportunity, Detroit immediately came to mind as a natural market in which to begin. There was a noticeable absence of truly affordable, high-quality fitness options,” Shumaker says. “To be able to deliver this alongside community-focused partners like the Pistons, Henry Ford, and Plum/Zingerman’s is a truly special opportunity.”

When the Detroit Pistons announced plans to build its headquarters and a practice facility last year, it partnered with Henry Ford Health System to add medical offerings.

“We are focused on connecting our team to the community and we want our practice facility and team headquarters to be a destination that is inviting to the public,” says Arn Tellem, vice chairman for the Detroit Pistons. “Blink is democratizing premium fitness by making it accessible which aligns perfectly with our vision for this world-class development — a hub for fitness, health, and basketball programming that engages and provides opportunity for everyone in the local community.”

Founded in 2011, Blink Fitness has more than 90 locations open or in development throughout New York, New Jersey, Pennsylvania, and California.