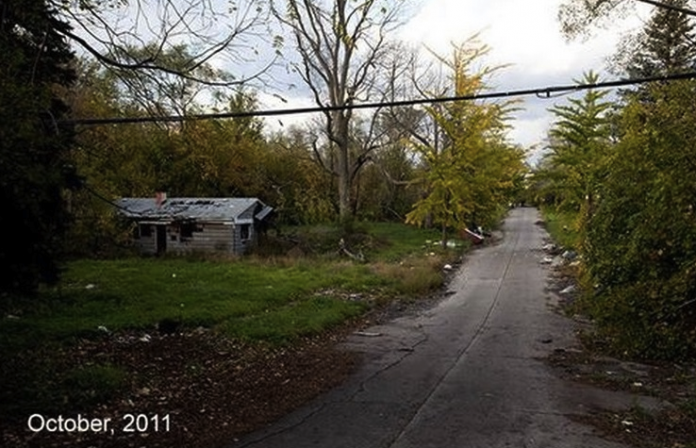 The Detroit Blight Authority announced today it has secured $1.1 million in funding to proceed with the next phases of its Brightmoor project to remove blighted homes on the city’s northwest side.

Pending city approval, the organization will remove 67 homes within a space of 14 blocks beginning May 1. By the end of May, the organization plans to begin the blight removal process in the 21 blocks just south of the 14-block perimeter that stretches to I-96, starting with brush, or nonstructural, elimination.

“In a matter of months, you are going to see houses (torn) down,” said U.S. Sen. Carl Levin during a news conference this morning. “It will transform the community and it won’t be gradual — blight that is there now will be removed. This is a leap forward — it’s not just dollars to remove blight here and there. This will give us a huge jumpstart.”

The 35 city-block removal — called the “Blight Demonstration Zone” — will demonstrate to the federal government that a mass blight effort can be achieved in Detroit. 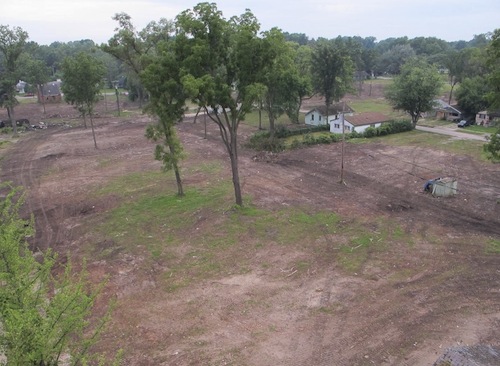 During today’s conference, the Detroit Blight Authority also unveiled the Proprietary Technology System — produced by Data Driven Detroit and Loveland Technologies — which maps all the houses in an area and allows real-time tracking of pertinent information on a structure, including permits and asbestos testing.

Joining Levin at the announcement was Bill Pulte, chairman of the Detroit Blight Authority, who is working with a variety of agencies, including the Skillman Foundation, DTE Foundation, AJAX Paving, MSHDA, Dan Gilbert, and Detroit Aircraft LLC. The latter enterprise is donating aerial photography of the affected areas using unmanned aerial systems, or drones, equipped with a hi-resolution camera.

Last year, the authority cleared 218 lots and several buildings in a 10-block area near Eastern Market, including trash, tires, overgrown trees, and shrubbery.

Photo at right: Brightmoor property after brush and nonstructural removal. Courtesy of the Detroit Blight Authority.