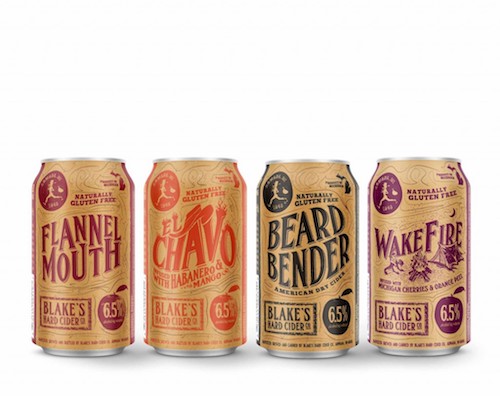 Armada-based Blake’s Farms has been in the apple business since 1946, but began producing hard cider in 2013. Three years later, the brand has earned national recognition and posted triple digit growth in sales and volume, producing more than 23,000 barrels of its unique apple brew last year.

“It’s been a wild, fast ride and we’re thrilled with the acceptance our ciders have received in the market,” says Andrew Blake, Blake’s founder and co-owner. “Being available in major regional and national chains like Kroger and Meijer has helped build awareness of our brand and has been crucial to our overall success.  Meanwhile, if we continue to concentrate on using the best, freshest ingredients and our proprietary processes, we think we can continue to win new customers.”

Blake has immediate plans to put the cidery’s profits back into the business by installing a 12,000-square-foot tank farm, which will increase the company’s cider production. They also have invested in upgraded brewing software and production materials to ensure quality control and product consistency. The company projects they will have similar sales growth in the coming year.

The brand’s newest flavors include an elderberry and vanilla infused cider, and a pear flavor will go to market in early 2017. Blake’s Tasting Room was also voted one of the best bars nationwide by Esquire Magazine last year.