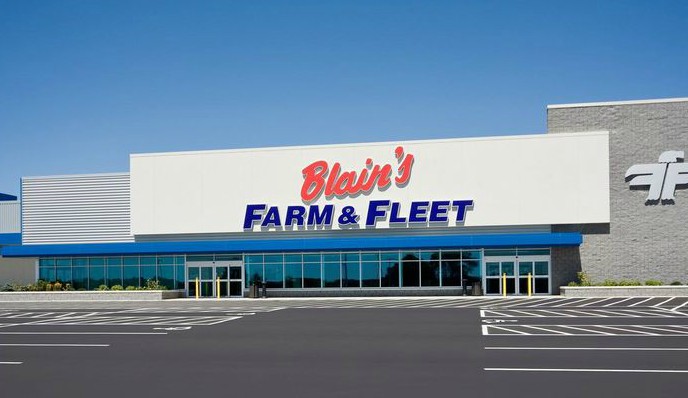 Wisconsin-based Blain’s Farm and Fleet, a regional chain of retail stores targeted to home owners, families, hobby farmers, and rural shoppers, has announced it will be opening two locations in Michigan, with more stores planned. The first two locations are slated to open this fall in Jackson and Portage.

“Several years ago we announced an aggressive expansion and reinvestment plan,” says Jane Blain Gilbertson, owner and president of Blain’s Farm and Fleet. “In the first steps of that plan, we opened our new stores … and we are currently making significant investments in remodeling and expanding existing stores. Expansion into Michigan is the next step.”

Blain’s, which operates 38 stores, is a second-generation, family-owned business. The expansion, which is both online and brick and mortar, comes after exploration into various markets throughout the Midwest.

“It all starts with the customers, or, as we like to think of them, our new neighbors,” says Kristin Stewart, Blain’s chief marketing officer. “We have had so many requests by Michigan residents to build a store in their hometown. They really got our attention. Combine that with the recommendations that we have received from the companies that make the quality brands we carry in our store, and we knew this was an area where we would be welcomed.”

“Our online ecommerce business is booming with strong sales throughout the U.S.,” says Stewart. “Michigan is one of our best e-commerce states. Opening local stores will allow us to better serve these customers with two-hour pick-up of online orders and our innovative drive thru service.”

The 120,000 square-foot location in Jackson, to be located at 3555 O’Neill Dr., has nearly cleared township approvals. The company will be remodeling both the interior and exterior of a former Kmart site, in addition to adding an automotive service center.

At the Portage location, the company is awaiting final approvals. To be located at 879 Mall Dr., Blain’s will be adding approximately 30,000 square feet to an existing building to create a 109,000-square foot store. An automotive service center will be added, as well.

“We have been bucking the retail trend, showing successful growth as other retailers are shrinking,” says Alejandro Montoya, Blain’s CFO. “But, unlike other retailers, we do not expand quickly and then close stores later, leaving the communities and families that counted on them. In fact, in our 63-year history, we have never left a community where we have built a store. So, we are very careful about the locations that we choose. We are very excited about Michigan. It is a perfect fit.”

Started in 1955, Blain’s currently has over 4,100 workers and employs around 100 people per store. The stores are located in Illinois, Iowa, and Wisconsin.