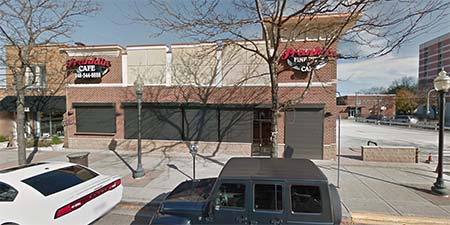 “With the approval from Royal Oak (city officials) earlier this week, we are excited to announce a third dining and nightlife concept by AFB Hospitality Group,” says Aaron F. Belen, principal of the Berkley-based company.

“Royal Oak has proven to be a fantastic location for Bistro 82 and Sabrage, and we are excited to create another unique and dynamic restaurant experience here in Michigan. Our development team is finalizing the concept, and I’m very much looking forward to announcing the name and additional details as they become available.”

The two-story, 6,500-square-foot restaurant, yet to be named, will be located at 511 S. Main Street in a former wine store, and will feature modern American fare and offer dinner and happy hour on weekdays, along with brunch and dinner on weekends. It has its own private parking lot, and the restaurant will offer valet service.

AFB’s culinary team, led by executive chef Derik Watson, is developing the menu for the 250-seat restaurant. Watson has worked as chef de cuisine of Iridescence Restaurant at the MotorCity Casino Hotel in Detroit, sous chef at Takashi Restaurant in Chicago, and helped open David Burke’s Modern American Restaurant at The Venetian Hotel and Casino in Las Vegas (now closed).

Kevin Biddison of Birmingham-based Biddison Architecture + Design will design the restaurant. Belen says AFB will spend about $250,000 to renovate the space, which was the former home of the Franklin Fine Wine store. The group bought the faciltiy for $2 million.

Construction is expected to begin within the next two to three months, with a projected opening date in the second quarter of 2016.