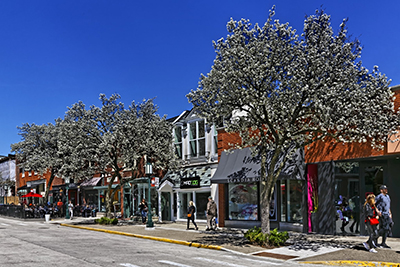 Downtown Birmingham — which boasts a 97 percent business occupancy rate — is preparing for the opening of three new stores, with additional stores coming in the following weeks.

The success of downtown Birmingham is related to a variety of factors, including a strong national economy, says John Heiney, executive director of the Birmingham Shopping District.

“We’ve had a lot of interest from retailers, both locally owned and national retailers, Heiney says. “We work very hard to provide a mix.” He says although space is limited, he anticipates the growth to continue.

Among the new stores are Sara Campbell, a Boston-based fashion boutique, Sundance shoes, a women’s shoe store, and Gazelle Sports, a sporting goods store based out of Kalamazoo.

Heiney says six new businesses have opened in the downtown district in the last four months, including Dolce Moda, a men and women’s clothing store. He says several other retailers have expressed interest in spaces at the moment, and he hopes to make some announcements on those in the next six to eight weeks.

More information on the Birmingham shopping district can be found here.