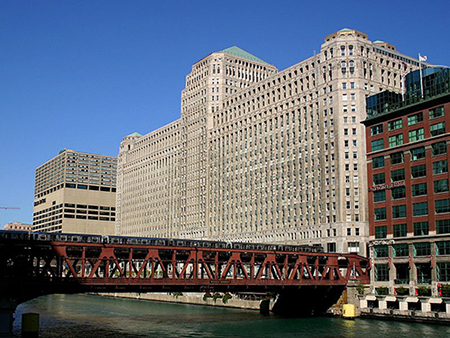 After three years in Birmingham, the owners of Scavolini by Cucina Moda, a purveyor of custom kitchen and bathroom cabinets from Italy, are opening a second location — Scavolini Chicago — in early 2014. Over the next decade, the company plans to add five stores in the Midwest.

“There had been a Scavolini dealer in Chicago for the last 25 years, who is transitioning out of the business,” says Niki Serras, who co-owns the two stores with her sister Alisha Serras and brother-in-law Brian Gamache. “We ended up getting the bid for exclusive dealership in Illinois, and then a spot at the Merchandise Mart (once the world’s largest commercial building) became available. These opportunities don’t come around every day.”

The new store will sell Scavolini brand cabinetry and be one of 36 boutiques that make up LuxeHome, located on the first floor of the Merchandise Mart. The Art Deco structure is set on the Chicago River on the near north side of the city. The Scavolini space will feature five kitchen vignettes and four bathroom vignettes that focus on modern and contemporary design.

“It’s a little bigger space than what we have now in Birmingham,” Serras says. “And everything is brand new, which makes it more exciting. The impact will be a little more impressive.”

Serras and Alisha Serras will each spend two to three days each week at the Chicago location, noting that proximity played a factor in their decision to move forward with the second location.

“We wanted something that was accessible since we’ll still be working in Detroit,” says Niki Serras, adding that the pair will be looking to fill positions at both locations once the Chicago store opens. “Our Birmingham store is our baby. We both wanted to stay involved with it and the community.”