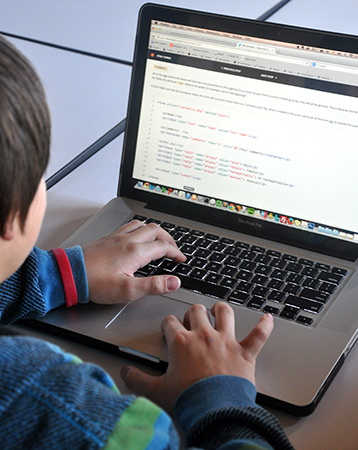 SapientNitro Detroit, a digital advertising company in Birmingham, has enlisted several of its interactive developers to teach youth in the region about computer coding as part of the company’s newest philanthropic effort, which kicks off Saturday.

Called RhinoCoders, the series is designed for students ages 7 to 17, and will augment what’s being taught in schools, says Craig Daitch, SapientNitro’s vice president of digital marketing, who is spearheading the program.

“Programming, just based on the term in general, can be viewed as somewhat intimating,” Daitch says. “But when you speak with interactive developers, (you learn) they look at it as a language, just like we would look at French or Spanish. So when we talk about computer literacy, code is a common language for us.”

Daitch says the series — held Saturday mornings through the end of the year — will start off slow. “We’re starting with fundamental HTML, so it’s going to be very basic. We’re literally starting at step one in learning how to code.”

From there, the series will progress into CSS, followed by JavaScript, which Daitch refers to “as the building blocks of front-end development.”

Each Saturday, students will participate in a group project that concludes with the creation of an app that same day. Their ongoing projects will be stored externally, allowing students to work and practice coding at home.

“This is about getting kids excited about what could potentially be an outlet for a new opportunity or a new job,” Daitch says. “It gives them the core skills that allows them those opportunities later in life.”

To begin, the company will host the free classes inside its Birmingham office, but plans call for expanding the program into Detroit. “We’re committed to this. We think this is something we could continue to grow,” Daitch says.

For more information, or to register, visit rhinocoders.com.

Editor’s Note: An earlier version of this article described SapientNitro Detroit as a marketing and consulting company. It is a digital advertising firm.