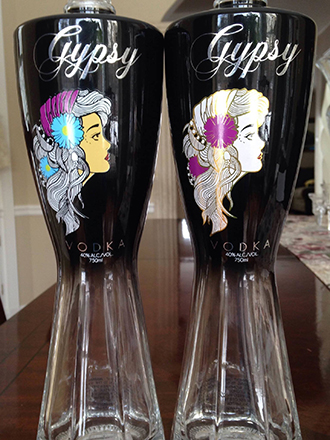 A pair of brothers from Birmingham has launched a corn-based, gluten-free vodka line called Gypsy Vodka.

Adam and Michael Kazanowski started the spirits while living in Breckenridge, Colo. after working as business consultants. There, they met a vodka distiller who owned his own company.

“We just thought it was great that in the middle of the week, he was able to take a day off and go skiing,” Michael says. “We went down to his distillery in Denver and learned a little bit more about making vodka and how the whole industry was going. We really got hooked into it and started doing our own research to come out with our own product.”

The brothers, both graduates of Brother Rice High School in Birmingham, chose to make the vodka corn-based after trying about 50 different formulas, ranging from potatoes to grains.

“We saw that there was not many all-naturally gluten-free vodkas besides Tito’s (Handmade Vodka), so we thought if we could do something with corn and make it all-natural gluten free, it opens a whole other market for us,” Adam says.

The duo chose to name the product “Gypsy Vodka” to represent the millennial generation and a lifestyle based on travelling and enjoying life.

“The name gypsy represents just how we were always traveling around and just trying to get the most out of life,” Adam says. “We wanted to build a brand about that and just spreading love. It’s not just vodka, it’s a lifestyle brand about having fun and enjoying life.”

The vodka, which is distilled in Colorado, is sold in stores and restaurants throughout Oakland County and East Lansing, including Kako’s Market and Social Kitchen and Bar in Birmingham, Rosie O’Grady’s in Ferndale, and Beau’s in Bloomfield Hills.

Moving forward, the brothers plans to offer Gypsy Vodka in more stores and restaurants throughout the state, and hope to begin to distill the product in northern Michigan.

“We really want people to drink our (vodka) because of the story and what it represents, not just because it’s really good vodka,” Adam says.