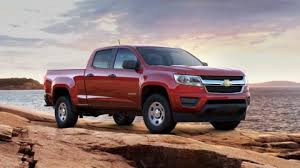 Based on an increase in monthly sales reported today for the Big Three automakers, record-breaking cold temperatures and snowy conditions in many parts of the country, along with reduced fuel prices, may have inspired car buyers to purchase heartier vehicles — specifically trucks and SUVs.

General Motors Co. reported that sales of its trucks, including SUVs, vans, and pickups, were up 36 percent when compared to last year. The Chevrolet trucks had a particularly good month. Total sales for GM were up 4 percent, with retail sales up 1 percent.

“In spite of snow and bitter cold that slowed auto sales in many regions of the country, FCA US still turned in a 6 percent sales increase and extended our year-over-year sales streak to 59-consecutive months,” says Reid Bigland, head of U.S. sales for FCA US.

Ford Motor Co. reported sales were down 2 percent from this time a year ago. However, retail sales of the F-series, including the 2015 all-aluminum body Ford F-150 that debuted last fall, increased 7 percent. Mustang sales increased last month, too, by 32 percent.