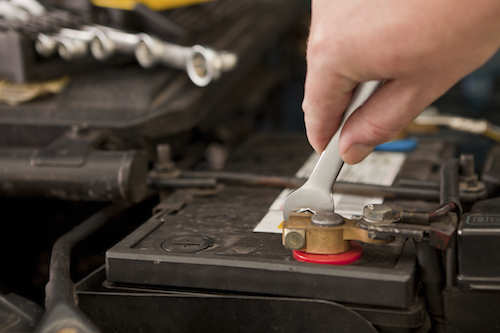 The United States Advanced Battery Consortium, a collaborative organization made up of General Motors, Ford, and FCA, has awarded a $4 million, 30-month program contract to Chicago-based SiNode Systems to commercialize materials for advanced battery applications in vehicles.

“The SiNode Systems contract award is part of USABC’s broad battery technology research and development programs,” says Steve Zimmer, executive director of the U.S. Council for Automotive Research, a USABC subsidiary. “Programs like this are critical to advancing the technology needed to meet both near- and long-term goals that will enable broader scale vehicle electrification.”

The program — in which 50 percent of the costs are matched by the U.S. Department of Energy — will focus on demonstrating improved stability and scalability of SiNode Systems’ anode materials, which function at the negative side of the battery cell, to meet or exceed the consortium’s targets for active materials development for electric vehicles.

In February, the USABC awarded a $2.2 million contract to Northville-based Soulbrain MI Inc., for the development of enhanced electrolyte products for automotive lithium-ion battery applications; and $1 million to the Worcester Polytechnic Institute in Worcester, Mass., for the development of its lithium-ion battery recycling process to produce plug-in hybrid vehicle battery cells made with recovered materials.