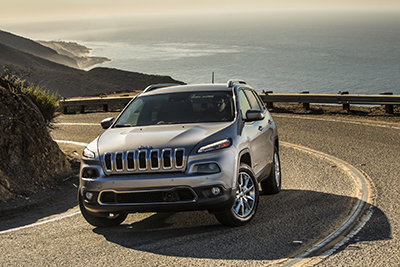 Chrysler Group reported U.S. sales of 142,275 units, with four of its five brands showing year-over-year increases. Fiat, however, saw a 15 percent decrease in sales compared with the same month a year ago.

Jeep experienced the largest sales gain with a 30 percent boost, followed by Ram at 25 percent, Chrysler at 12 percent, and Dodge at 4 percent.

“Our all-new Jeep Cherokee is off to a terrific start with more than 10,169 units sold in its first full month on sale,” says Reid Bigland, Chrysler’s head of U.S. sales. “Our launch emphasis on Jeep Cherokee quality is now being rewarded with brisk sales and helping Chrysler Group achieve our 44th-consecutive month of year-over-year sales growth.”

On the comeback trail, the Lincoln brand posted a 17.4 year-over-year hike, due in part to MKZ sales — up 114 percent compared to the same period a year ago.

General Motors dealers delivered 212,060 vehicles last month, claiming the highest November sales since 2007. Each of the automaker’s brands saw gains, with GMC reporting a 19.8 percent year-over-year increase, followed by Buick at 13.4 percent, Chevrolet at 12.6 percent, and Cadillac at 11.4 percent.

“November sales were strong at all four of our brands, and demand was robust for everything from cars to crossovers to (full-size pickups),” says Kurt McNeil, GM’s vice president of U.S. sales operations.

The Chevrolet Cruze, Equinox, and Volt each had their best November sales ever, and Buick is on track for its best year since 2005.

As for Cadillac, the luxury brand plans to launch an all-new Escalade as well as the ELR next year. In addition, Chevrolet and GMC are launching all-new heavy-duty pickups and large SUVs in the first quarter, while the redesigned Chevrolet Colorado goes on sale in fall 2014.