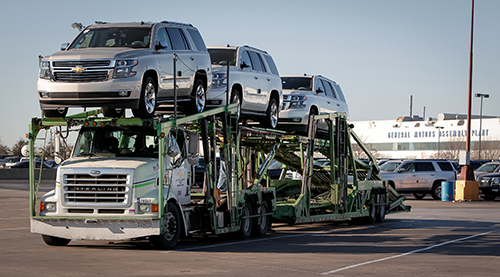 Chrysler Group was the only automaker of the Big Three to report increased sales in February, based on figures released today.

The Auburn Hills-based automaker posted U.S. sales of 154,866 units, an 11 percent increase compared with sales in February 2013. It was Chrysler’s best February sales since 2007. While the Chrysler, Ram Truck, and Fiat brands each posted sales gains when compared to the same month a year ago, Jeep led the way.

“The severe weather has been ideally suited for our … Jeep 4×4 capability as Jeep brand sales were up 47 percent and the brand had its best February sales ever,” said Reid Bigland, head of U.S. sales for Chrysler.

General Motors Co. also experienced a slight decrease in sales last month, reporting that its dealers delivered 222,104 vehicles, down 1 percent compared to the year before.

“Weather continued to impact the industry in February, but GM sales started to thaw during the Winter Olympic Games as our brand and marketing messages took hold,” said Kurt McNeil, U.S. vice president of sales operations. He added that sales were particularly strong at Buick and Chevrolet, with a strong mix of pickup sales.

“Despite a slower start to 2014 than most people expected, we look forward to a very successful year, backed by plenty of new products and what should be the strongest GDP growth since the end of the recession,” McNeil said.