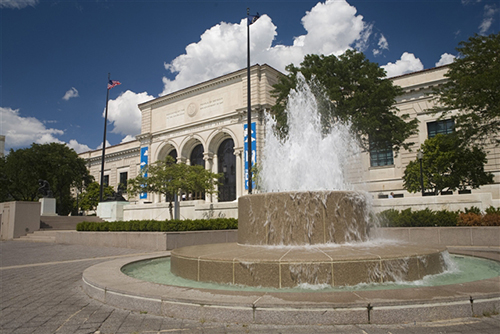 The Big Three automakers and their respective foundations have pledged $26 million toward the Detroit Institute of Arts’ plans to contribute $100 million to the Grand Bargain, part of the reorganization plan for the city’s Chapter 9 bankruptcy. The pledge will help provide Detroit’s pensioners with more than $800 million over a 20-year period, the museum announced today.

As part of the Grand Bargain, the city of Detroit will transfer ownership of the DIA’s collection, building, and related assets to the private nonprofit Detroit Institute of Arts Inc., which currently operates the museum.

“While it is our duty to focus on the revival of this city, it is equally crucial to cherish the treasures the city already offers — not just for ourselves, but for the generations that will follow,” says Sergio Marchionne, chairman and CEO of Chrysler. “The Detroit Institute of Arts is a cultural treasure that enriches the human spirit, while offering us a chance to contemplate what humanity has achieved and what we aspire to create in the future.”

“It is inspiring to see the notable organizations of Ford, General Motors, Chrysler Group, and the Detroit Institute of Arts rallying together to aid city pensioners and help Detroit on its path to revitalization,” says Gov. Rick Snyder. “I want to applaud all the organizations for their generous contributions, and I’m grateful that so many Michiganders and Michigan businesses are uniting together towards our shared goal of a strong and healthy Detroit.”

The Grand Bargain was proposed by the mediators of the city’s bankruptcy and is being led by Chief Judge Gerald Rosen of the U. S. District Court for the Eastern District of Michigan and attorney Eugene Driker. The funds will be directed to a supporting organization of the Community Foundation for Southeast Michigan and then disbursed for city pension payments over the next 20 years.