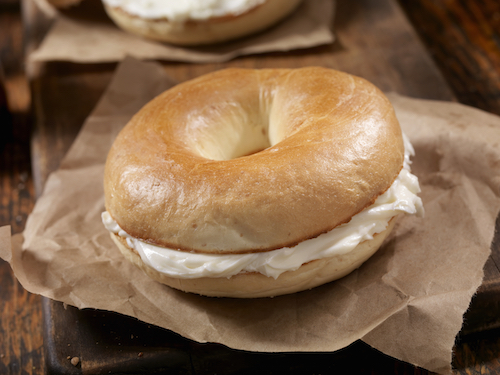 Deerfield, Ill.-based BAB Systems Inc., the franchising subsidiary of BAB Inc., has opened a new Big Apple Bagels store in Brighton as part of an ongoing effort to expand in Michigan.

Last month, the chain opened a new location in Dearborn Heights, and there is currently another new Big Apple Bagels store under construction in Kalamazoo, which is expected to open in August.

The company has also been running an ad campaign in Battle Creek with the hopes of opening locations in the area.

“Some of our most successful franchisees have stores in Michigan,” says Rosanne Angell, spokesperson for BAB Systems Inc. “Michigan was one of our first growth areas in the country, and we have some good name recognition there … Michigan’s a big place and we still think there’s room to grow.”

She says the company has new franchisees in existing stores throughout Michigan that are also considering expanding.

The location offers a menu featuring bagels, breakfast sandwiches, deli sandwiches, muffins, and coffee, as well as BAB’s SweetDuet self-serve frozen yogurt program, which offers up to nine varieties of frozen yogurt and a selection of toppings.