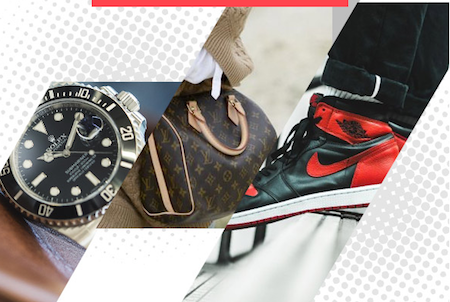 Detroit-based StockX has announced its expansion into the watch and handbags secondary markets, which is estimated at more than $50 biliion combined. The company launched its online secondary market for sneakers in Feb. 2016, and expects to pass $100 million in gross merchandise value this year.

As with sneakers, each handbag and watch on StockX is standardized so that buyers and sellers can see every bid, ask, and detailed historical pricing, all on a single product page. Every item sold on StockX is physically inspected by the company, guaranteeing authenticity and condition standards.

“From the very beginning, we set out to create the ‘stock market of things’,” says Josh Luber, StockX CEO and co-founder. “We have had significant and rapid growth in sneakers, validating the stock exchange model, and enabling us to expand into handbags and watches only 15 months after our initial launch.”

The watch team is led by Reginald Brack, former senior vice president and international head of retail for watches at Christie’s, where he launched their first online luxury boutique for watches. Thousands of watches, including Rolex, Omega, and Audemars Piguet are now live on the StockX platform.

The handbag team is led by Cynthia Houlton, former vice president of business development at The RealReal, where she built vendor channels to source handbags and fine jewelry. Chanel, Louis Vuitton, Hermes, and Gucci bags are now available to buy and sell on StockX’s platform as well.