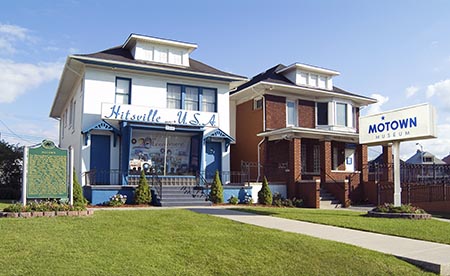 Berry Gordy Jr. and other Motown alumni will visit Detroit as part of a special kick-off for Motown The Musical, which opens Oct. 21 at Detroit’s Fisher Theatre.

“The musical’s Detroit run is a special one and we are honored to have Art Van Elslander (chairman of Warren-based Art Van Furniture Inc.) serve as our premiere sponsor, and Mr. Gordy and other members of the Motown family back home to join us as we celebrate Motown’s continued cultural influence that has now made its way to the Broadway stage,” says Robin R. Terry, chairman of the board of the Motown Museum.

The homecoming reception, to be held Oct. 21 at the Roostertail in Detroit, will include a sneak peak of the new Motown Museum float appearing in this year’s America’s Thanksgiving Day parade, and is one part of a series of events the museum is offering prior to the musical’s opening.

The two-day celebration will also include a gala reception and strolling dinner on Oct. 22, where guests can mingle with Gordy at the St. Regis Hotel before heading over to the Fisher Theater to watch the musical. The show runs through Nov. 16.

Sponsorship levels include Studio A Patron and Hitsville USA Patron tickets, for $250 and $500, respectively. All proceeds will benefit the museum.

“These events offer a unique opportunity for local supporters of the Motown legacy to support the museum’s mission to educate future generations of creative minds and protect the physical space and artifacts where the legendary Motown sound was born,” Terry says.

Terry says the museum will open famed Studio A — where legendary artists and groups recorded the iconic music featured in the musical — for an open casting call for both the Broadway production and national tour of the musical, which shares the music producers journey in launching the careers of legends such as Diana Ross and Smokey Robinson.

The auditions, to be held from 9 a.m. to 1 p.m. Oct. 21, call for African-American men and women in their 20s to 40s, with exceptional voices, There’s also a need for an African-American boy, aged 8 to 13, to play young Michael Jackson, Berry Gordy, and Stevie Wonder.

For more information or to purchase tickets, contact Tonette Bryant-Carter at 313-875-2264 or motownevents@motownmuseum.org.